by Editors
in Fans Club 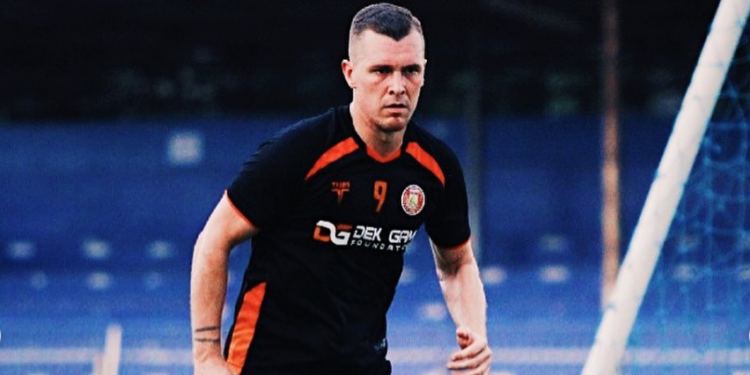 ACEHFOOTBALL.net - New England player, Adam Mitter was shocked by the response of his new club supporters. This is evidenced by the increasing number of followers on his social media accounts.

As a newcomer to the Indonesian League, Mitter's name is still foreign. He still needs proof in order to truly become a new idol in the League 1. Minimal, Men 27 this year must show impressive performance for Persiraja.

Related to the increasing number of followers, he admitted that the fans were so fantastic and very friendly to welcome him. “Yes, My Instagram followers have gone up,Mitter said to ACEHFOOTBALL.net recently.

As known, when this news was written @ adammitter5's Instagram followers were in total 10,8 K. Whereas previously only more than 7K. "I want to take the time to thank them,” kata Mitter.

These are Miswar Saputra's Footprints Before Departing to PSM Makassar

On the other hand, he also hopes Persiraja supporters will continue to encourage his club. Meanwhile, players including himself will work hard this season.

"Hopefully we can bring many victories to Aceh! Teurimong Geunaseh,"Said the man from England while inserting his gratitude in Acehnese.

As known, Adam Mitter will guard the rear sector of Laskar Rencong in the League 1 2020. The last mitter played for the highest caste team in the Canadian League, namely Valor FC.
With the club, Mitter played regularly during 20 match and bring Valor FC in fifth place in the standings.

Adam Mitter also studied at the Blackpool Under-21s who competed in the Premier Reserve League in 1999 2009-2011. Then, he had strengthened the club from the Philippines, Loyola FC in season 2015, Ilocos United on 2017, Global Cebu FC dan Hougang United (Singapore League) on 2018.

Hendri: Persiraja Need 28 Players To Appear in the League 1

APL: The Gunners, Highest Point Winner in the Eighth Gameweek

APL: Since FC, Seventh Gameweek Champion, This is the number of points

APL: Eden Haniev, Champion in Fifth Gameweek, This is the number of points