ACEHFOOTBALL.net - At least four Provincial Associations (Asprov) PSSI has officially eliminated the competition League 3 on 2020 this. The steps taken by Asprov also received positive signals from the central PSSI. Besides the League 3, Soeratin Cup too.

Data collected Aceh Football from various sources, the four Asprov which have not officially held the League 3 is, South Sumatra, East Java, Bali and West Kalimantan.

Starting from the East Java PSSI Asprov which decided to eliminate the League competition 3 and other competitions on 2020 this. This decision was taken after Exco PSSI held a meeting which was held virtually, Thursday (8/10/20).

"After considering input from various parties, both the government, security forces, police and also a letter from KONI East Java, Asprov PSSI East Java decided on the LIGA competition 3 and other competitions especially age groups for the year 2020 We do not have this,"Said the Head of East Java PSSI Asprov, Ahmad Riyadh |, UB, PhD.

In this case, Asprov PSSI East Java as the parent organization for the sport of football and is under the East Java KONI, pay attention to and comply with regulations issued by the government to jointly prevent and overcome the transmission and spread of Covid-19, especially in the East Java region.

Meanwhile, Asprov PSSI Sumsel also did the same thing. Besides the League 3, Asprov PSSI South Sumatra also canceled a derivative competition, namely Suratin U 13, U 15, U 17 and women's football.

This decision was conveyed by the Head of the South Sumatra PSSI Asprov, Ucok Hidayat while reviewing the latest condition of the Jakabaring Stadium, Saturday (10/10/20). "Consideration of the health and safety of all parties above all,"Said Ucok.

Because of that, his party also apologized to all people and football lovers in South Sumatra. So that at this time, Asprov PSSI South Sumatra will focus more on preparations for next year.

"We realize that maybe a number of clubs have made preparations, therefore we hope this decision is informed,"Said Ucok, accompanied by Secretary General Augie Bunyamin.

The same goes for Asprov Bali. Competition Director for Asprov PSSI Bali, Gede Made Anom Prenatha, in Denpasar argued, PSSI Bali has issued a Decree number SKEP / 007 / Asprov-PSSI / BALI / IX-2020 dated 29 September 2020, which was signed by the General Secretary, Dewa Made Teges Wirawan, which contains the cancellation of all competitions in Bali season 2020.

Anom Prenatha concluded, cancellation of this competition considering the situation of the Covid-19 Pandemic, plus the lack of field facilities and permission from the Police.

Body Posture is a Permanent Shortage of the Indonesian National Team

Dozens of Young Players Participate in the Selection at PSAA Abulyatama

Online Meeting Results, PSSI Plans to Roll Out the League 3

Ahead of the League 3: Ketum PSBL Langsa Resigned

Six Teams Promoted to the League 2, Aceh Without a Club Next Season

Persidi Idi Failed to Win Promotion Ticket to the League 2, This is the Final Result 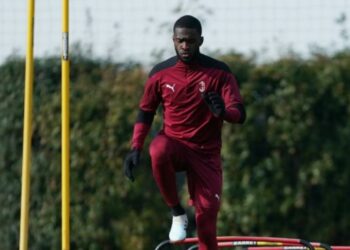