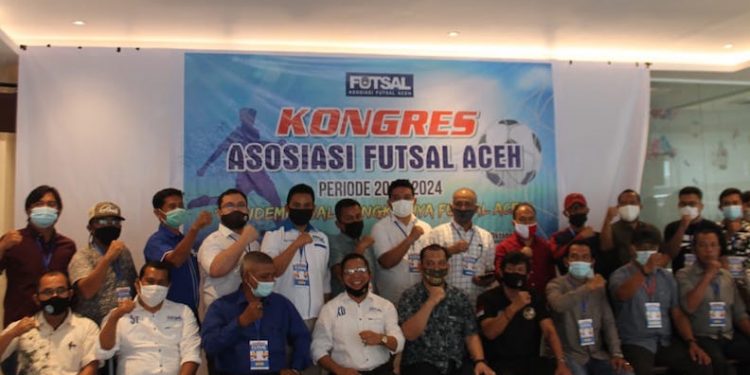 The AFA chairman was selected for a group photo | Photo is

According to the committee, there were only two people who registered in the chairman's balloon, namely M Zulfri and Edi Darman. Evidently, when verifying the nomination file. A balloon chairman, Edi Darman, had incomplete requirements, so he failed to pass.

In a plenary session chaired by Plt Chairman AFA, Ir Khaidir TM, accompanied by Saifullah ST as the old board member. The congress participants unanimously approved the appointment of M Zulfri as Chair of the AFA period 2020-2024.

Chairman of the AFA period 2020-2024, M Zulfri said, thank you to all voters from district / city futsal associations throughout Aceh and the participating clubs of the Nusantara Futsal League 2019.

"Trust, gentlemen, and friends give this to be a trust for me. Insha Allah, with our support and cooperation. Futsal Aceh will succeed at the national level,"Said M Zulfri in his short speech after being elected by acclamation.

Meanwhile, the Acting Chair of the AFA, Ir Khaidir TM explains, the implementation of the congress during the Covid-19 pandemic was carried out by implementing health protocols (protkes) strictly. "Alhamdulillah, This congress went smoothly without a hitch. This is the hard work of all parties,"He said. 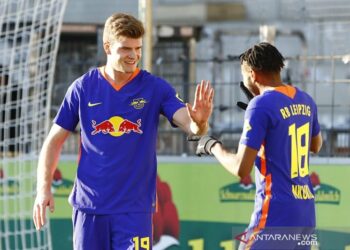