Bradley Beal Couldn't Avoid the Subsequent 76ers of the Wizards 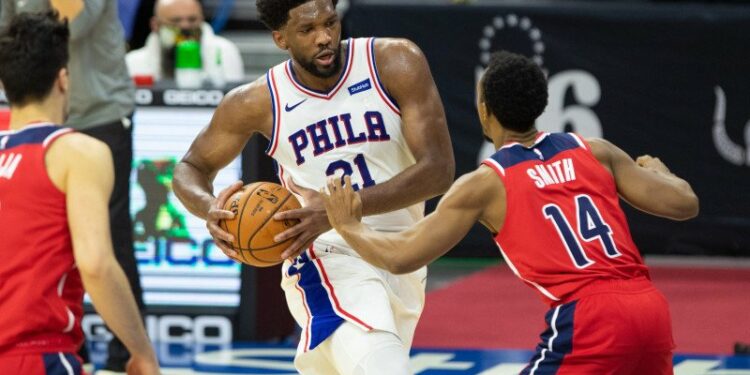 ACEHFOOTBALL.net — Joel Embiid scores 38 points and enter all of 13 his free throw to lead the Philadelphia 76ers to silence the Washington Wizards 141-136 in the NBA match Wednesday local time or Thursday morning WIB.

The Sixers have won seven of their first eight games this season to make the best run in the league so far.

Beal equals the record 60 points that Gilbert Arenas posted on 2006.

Russell Westbrook presents 20 points, 12 assists and eight rebounds before leaving the arena with an injury to the 26 seconds remaining.

Davis Bertans posted 17 points for the Wizards who had to stop the pace of two consecutive wins.

Washington opened the fourth quarter with a streak and then converted a free throw when Dwight Howard was penalized technical foul in position. 116-111. Raul Neto then brought superior bebral Wizards 119-117 thanks to a short jumper.

After the Wizards forced a tie on the numbers 131, The Sixers then took off 8-0 to make sure to win this fight.

Thunder Subdues the Pelicans in the Last Seconds