LeBron James and the Sickening Tyranny of the Majority 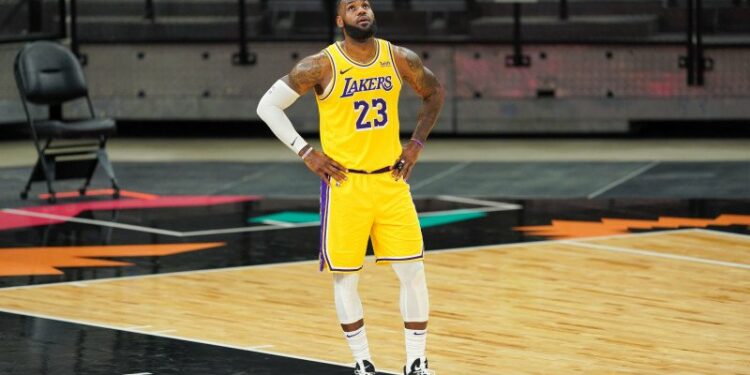 to occupy the parliament building on Capitol Hill which is different from when the police handled the participants of the Black Lives Matter demonstration, Los Angeles Lakers star LeBron James is inflamed.

James on the porch, if only the rioting demonstrators in the White House were black, then the police treatment will definitely be different.

“We live in two Americans,” said James, shortly after his team lost against the San Antonio Spurs, Thursday night US time.

He continued, “And the prime example is what happened yesterday, and suppose you either don't understand it or don't care about it after seeing what you saw yesterday, then you really have to step back, not just one step, but maybe take four or five or even ten steps back and ask yourself how you want the kids, your children and grandchildren or we look at America? Would we like to live in this beautiful country?”

James accused Trump of instigating the invasion of the Capitol when representatives of the people held a certification hearing for the results of the Electoral College vote won by President-elect Joe Biden.. The Capitol riot took five lives.

“The events that occurred yesterday were directly correlated with actions, belief, and the wishes of the president who is currently in power,” said James as quoted by Reuters.

Wearing a black T-shirt that says “Do You Understand Now?” (I understand now?) using block letters, James admits watching television news footage of pro-Turmp supporters confronted by largely silent police. Black James imagined what would happen if the demonstrations at the Capitol were him and his family.

“On the other hand, the mob that had stormed into the Capitol escorted out the front door as if nothing had happened,” kata Davis.

Tyranny of the majority

The day before that, The NBA was outraged by the treatment given to President Donald Trump's loyal supporters who stormed into the Capitol Building. They also expressed disappointment with the state attorney for the state of Wisconsin who said he would not prosecute the police who shot blacks last year..

From Miami, Miami Heat dan Boston Celtics, issued a joint statement saying they had to play with a heavy heart.

In Milwaukee, the Bucks and Detroit Pistons players mistakenly passed and then knelt down on the pitch. In Phoenix, The Suns and the Toronto Raptors stood in a circle embracing the US and Canadian national anthem.

The NBA is deeply disappointed. They feel insulted by Donald Trump. “This is a shameful day for our country,” said New Orleans Pelicans coach Stan Van Gundy.

LeBron James Anger, NBA, and many elements of society in the U.S. against the discriminatory treatment of police and the Trump administration in dealing with Capitol protesters highlighting the big problems facing the country that is the reference to democracy.

And that big problem is the tyranny of the majority. Tyranny who thinks it's commonplace to do whatever he pleases to the minority. Starting from ignoring minority rights, occurs intolerant, completely rule out diversity, and even publicly persecuting minorities, even if it's just verbal.

And Trump did it too, to be perpetrators of persecution of that minority. An example is when he railed against four young women members of the DPR who often criticized the operations of the US government.

To the four DPR members who are all from the Democratic Party, Trump said that they are “should just go back to their home country rather than teaching the people of the United States how to govern.”

The irony is that the four members of the DPR are not arguing with Trump, but argued with their own leader in the Democratic Party, House Speaker Nancy Pelosi.

The four members of the DPR are Alexandria Ocasio-Cortez from the constituency of New York, Ilhan Omar from Minnesota, Rashida Tlaib of Michigan and Ayanna S. Pressley dari Massachusetts.

Unlike the previous leaders or presidents who would fight hard to calm their people in case of turmoil, Trump even often heats up the anger of the people and the critical situation in his society.

The most actual evidence of this is the outbreak of the Black Lives Mattter movement which fought for racial equality and social justice in the US.. Instead of sympathizing with the movement for equality of rights and position that is mandated by the American constitution and the philosophy of the American people, Trump even accused the movement of being radical leftists trying to change the United States.

He seemed to say that the minority didn't deserve more, better obey what the majority wants. He tends to embody himself and his government as the embodiment of the tyranny of the majority.

Another proof of his tendency is when he changed the formation of Supreme Court judges to be dominated by conservative judges when the times were not good and it was unethical to make such changes., because it was done a few days before the election.

He forced the legislative composition to be changed to six conservative judges and three liberal judges so that the first majority should be accommodated, instead it seeks to lock in efforts to advance equality such as the rights of women and minorities.

Once one of the greatest judges in the history of US justice, Ruth Bader Ginsburg, die, Trump immediately proposed a replacement candidate for Ginsburg, who is known as a protector of minority rights and women who as long as the Supreme Court judge has always tried to ensure the US does not fall to the neo-fascists by America's too right..

Trump also nominated conservative judge Amy Barrett, who was suspected of making the lives of minorities and women miserable because these conservative women judges represented a culture of humanity that would obey the wishes of the majority that excluded minorities..

The fundamental problems that Trump left behind like this are what make the US people nervous, particularly minorities such as LeBron James and part of the majority who still believe the United States is not built by differences over who has the most over who has the least, as emphasized by the former president and also one of America's founding fathers, Thomas Jefferson that “we do not know government by majority. We only know the government by the participating majority.”

Trump is not like that. He just wants the minority to submit to whatever the majority wishes. He felt support for the majority vote in the election 2016 is the mandate that orders him to be in power solely in order to keep his promise to the majority, not to rule all his people and nation.

It's no wonder this attitude makes people like LeBron James, female footballer Megan Rapinoe, former quarterback Colin Kaepernick, and many more from across the spectrum of society including artists and athletes, fed up with Trump.

They are fed up with the view, Trump's policy behavior and practices that harden the tyrannical tendency of the majority to negate the fact that their country was not just built, be fought for, elevated and developed by some or as a large people, but also all his people, belonging to the minority.

LeBron James does not want the United States he knows to turn into a half-hearted democracy which is often trapped in the understanding of the mere majority, which ultimately leads to an intolerant state of life where the majority thinks it is normal to ignore the rights of marginalized groups or negate the role of minorities and even persecute minorities..