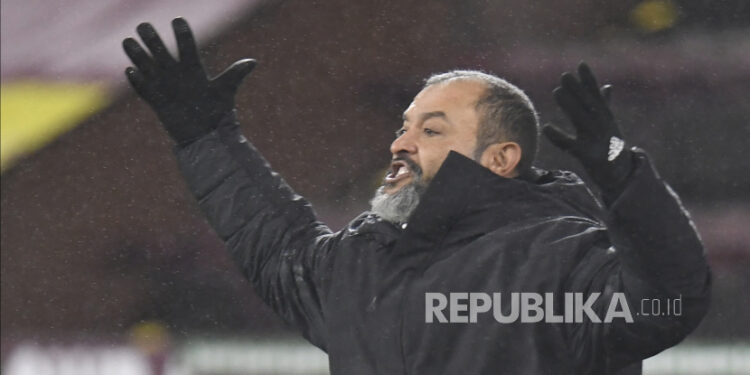 Nuno was given a message from the first time he coached Wolves so that his team didn't lose against the WBA.

ACEHFOOTBALL.net — Wolverhampton Wanderes and West Bromwich Albion will elbow each other in the first Black Country derby in nine years, tonight WIB.

Wolves coach Nuno Espirito The saint stated, the importance of getting three points, not just to outperform the club's historic rivals, but also for prestige. Nuno determines that his team must win.

Although he knew this fight would be the first derby between the two sides without supporters. Until he asked his players to turn Molineux into a ‘fortress’ so that his team avoid defeat and win.

Nuno told the story, since day one arrived, She remembers how a friend picked her up from the airport and helped carry the bag. Once sitting in the car, the man said, don't care about anything, but only wanted Nuno to beat West Bromwich Albion.

”It was the first message they had given me a long time ago. Everyone at this club knows exactly what this game means,” ujar Nuno, quoted from the official website of Wolves, Saturday (16/1).

Nuno said, have two teams that are so close to each other on English Premier League very good. Although he regrets not being able to play the derby at Wolverhampton without the audience being present.

”Molineux must be a fortress, it must be the place where the opponent is coming, they must be uncomfortable, they have to feel how difficult it is to play at Molineux,” he said.

Currently, Wolves are in the rankings 14 standings with 22 numbers. The WBA is in 19th position with only eight points.

Greysia / Apriyani Grab the Final Ticket from the Third Prize