Florentino Perez Meet Agnelli at Juventus Headquarters, What is wrong? 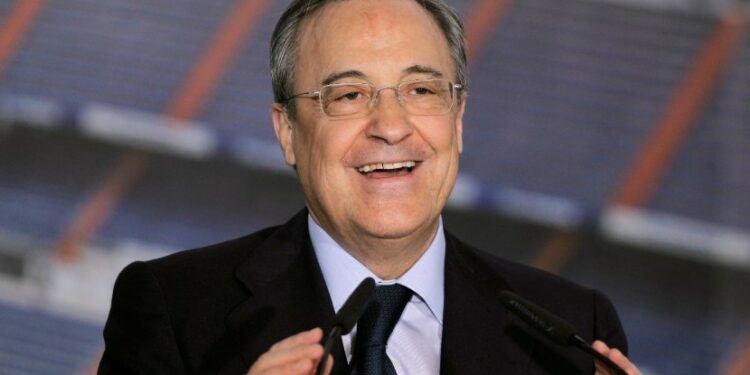 The meeting, which lasted three hours, was held at the training complex Juventus by Continassa, Turin, Tuesday (19/1) local time. The meeting was held the day before Juventus faced Napoli in the Italian Super Cup, Thursday (21/1) early morning WIB.

”Based on reports from a number of media in Italy, The meeting between the two people who have a big influence on the European club stage discussed global and European football issues,” write a report Football Italia, Wednesday (20/1).

Even so, as reported Football Espana, one of the agendas discussed at the meeting between Perez and Agnelli was the matter of the formation of the European Super League.

”Perez seems to be pushing and seeking support regarding the plan to form the European Super League,” write a report Football Espana.

Later, as much 16 to 18 The best clubs in Europe's top leagues will embark on a new competition with a league format, including the rules for home-away games.

A number of big European clubs, like Bayern Munich, Liverpool, Manchester City, Juventus, Paris Saint Germain, Real Madrid, and Atletico Madrid, reportedly ready to join the competition. other than that, there is also, Barcelona, ​​which is said to be one of the clubs in charge of the competition.

However, this competition still invites controversy. The European Super League is considered to be disrupting the Champions League title. Not to mention the busy schedule that the participating clubs will do, which ultimately puts a huge burden on the players.

Not only that, criticism has also come from other European clubs. This competition is considered to further widen the financial gap between clubs competing in the domestic league. As a result, the balance of power between participants in domestic competitions will be disrupted.

Chelsea is called to prepare a replacement for Frank Lampard

Lost in the First Round of Thailand Open II, Fajar / Rian admits they are depressed