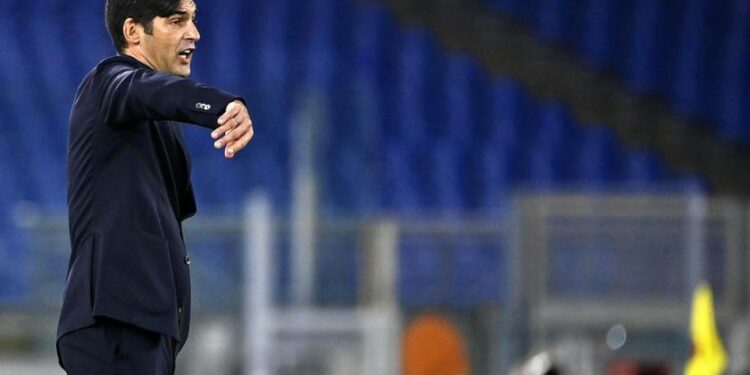 Roma knocked out of the round 16 big Coppa Italia after losing 2-4 dari spice.

ACEHFOOTBALL.net — Trainer AS Roma Paulo Fonseca admitted that he would hold internal discussions about his team's performance. He is considered to have made too many substitutions against Spezia.

Giallorossi eliminated from the half 16 big Italian Cup after losing 2-4 from Spezia at the end of extra time, Wednesday (20/1). Unfortunately Roma lost by default because the team made six substitutions, not five as allowed.

"If there is a problem, we have time to discuss it internally,"Fonseca told RAI Sport Football-Italia, Wednesday.

This is not the first time this season Roma have fundamentally wronged the rules of the game. When you lose 0-3 from Hellas Verona, Roma also fielded Amadou Diawara as an ineligible player.

After a crushing defeat to Lazio at the Derby della Capitale and being eliminated in the Coppa Italia, whether Fonseca is under pressure?

“I've been debating since the first day arrived. We are in the position we want in the Italian Serie A. I trust the team and every week I don't always win. I was asked for these questions. I just have to keep doing my job,” stressed Fonseca.

Chelsea is called to prepare a replacement for Frank Lampard