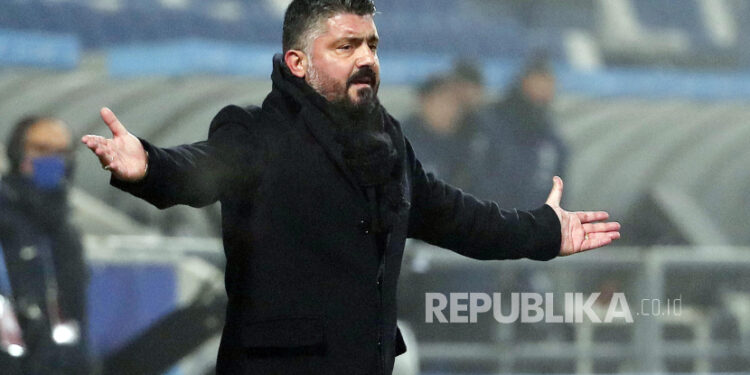 Gennaro Gattuso's contract at Napoli expires in the summer 2021.

One of the clubs said to be ready to accommodate the former Liverpool coach is Napoli.

Moreover, until now, negotiation of contract extension between management Naples with Gennaro Gattuso continue to find a dead end. The former AC Milan coach's contract will expire as the competition ends this season, or rather on 30 June 2021.

Besides the contract, Napoli's performance, at least in the last two matches so another consideration. Napoli management began to think about sacking Gattuso. Previous, i Partenopei defeated by Juventus 2-0 in the Italian Super Cup party and beaten Hellas Verona 1-3 Serie A.

The defeat to Verona also made Napoli dropped to sixth, nine points adrift of the top standings AC Milan. After the game against Verona, Napoli president Aurelio de Laurentiis even reportedly held a meeting with Napoli's Sports Director Cristiano Giuntoli.

Reportedly, One of the topics discussed at the meeting was the possibility of finding a new coach to replace Gatusso. Even so, in the latest report Sky Sports Italia, Napoli management reportedly still has faith in Gattuso.

Old coach 43 that year will be retained by I Partenopei, at least until the season is over. “I Partenopei does not want to take other options regarding the position in the coach chair. Gattuso still has the trust of Napoli's board of directors.”

“Although negotiations for Gattuso's contract extension are being postponed, but there is no change in the relationship between the two parties,” write a report Sky Italy, as reported Football Italia, Tuesday (26/1).

It is believed to replace Carlo Ancelotti in the middle of last season, Gattuso was able to bring Napoli to the Coppa Italia title last season.

Gattuso also helped Napoli finish in seventh place after starting the second half of last season in 14th place in the standings.. From 56 game during the gush of Napoli, Gattuso was noted to pack 32 victory, seven draws, and 17 defeat.

Lampard Should Be Given More Time by Chelsea