A year at Manchester United, This said Fernandes 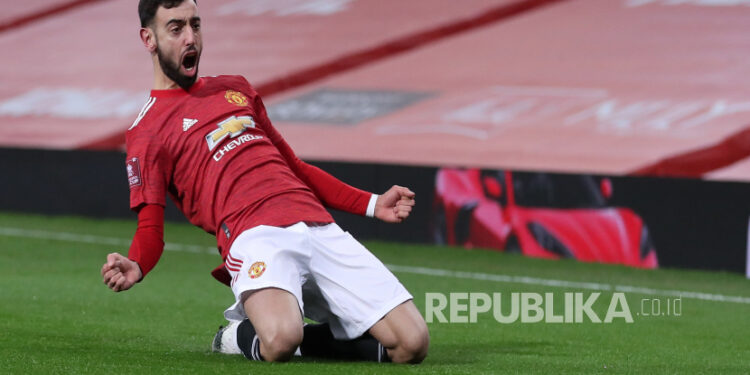 He praised the mentality of the MU squad.

ACEHFOOTBALL.net — This week marks one year of arrival Bruno Fernandes to Manchester United. Fernandes has learned a lot from the team including mentality.

According to him, Manchester United suits him because they are a club that wants to win everything. Player aged 26 this year he also admits he is a person who hates failure.

“I came to the club because I knew I was coming to a club that wanted to win everything and the mentality and my way in life and football was about winning,” Fernandes said quoted from the page The National News, Tuesday (26/1).

“I will believe until it doesn't happen again. You know? Like when I saw someone get a trophy in front of me, then I will lose my trust,” kata Fernandes.

Fernandes even admits defeat in the game of football is not something ordinary for him.

“For me, defeat is not normal, so my mentality comes from there,” kata Fernandes.

Manchester United qualified for the fifth round of the FA Cup after beating Liverpool. They will meet West Ham on 11 Next February. Fernandes also explained how he was the decisive winner in that match after getting the spotlight for his recent bad performances..

Barcelona Can Continue To Win Without Lionel Messi?