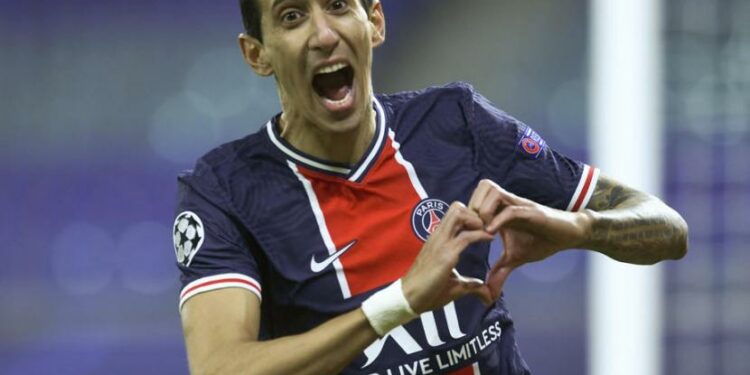 Angel Di Maria was also said to be interested.

ACEHFOOTBALL.net — Tottenham Hotspur are reportedly considering signing the Paris Saint-Germain forward (PSG) Angel Di Maria. Quoted from fourfourtwo, Wednesday (27/1), Tottenham saw that opportunity because his contract would expire at the end of the season.

PSG do not want to let go of the Argentina international this month. Therefore, he is considered not a short-term replacement for Dele Alli if he leaves. Alli is rumored to be coming close to PSG because of their new coach Mauricio

Pochettino wants to reunite with Alli. Di Maria can find a new club when his contract expires in June. Tottenham can be a consideration for the former Manchester United player. He can have a career for the second time in the Premier League.

Di Maria had a disappointing season at Old Trafford on 2014/2015 after being purchased for 59,7 million from Real Madrid. He then left for PSG. At the Paris club he impressed. Just like what he showed when under Jose Mourinho in Madrid.

Mourinho hopes that good relations with Di Maria will persuade him to move to North London.

Di Maria is one of the important players in the PSG squad. It becomes a deep starter 14 from 21 Ligue matches 1 this season.

However, PSG seems to be prioritizing Kylian Mbappe's contract extension this summer. Therefore, the possibility that PSG will release Di Maria. Player 32 that year is free to associate with other clubs.

Tottenham will face Liverpool in the Premier League at the Tottenham Hotspur Stadium, Friday (29/1) early morning WIB. They are now sitting in sixth place in the standings by packing 33 points. They are one point adrift of Liverpool in fifth.

Simon Kjaer Will Absent to Defend Milan at Bologna Headquarters