Real Madrid is at big risk of losing Sergio Ramos 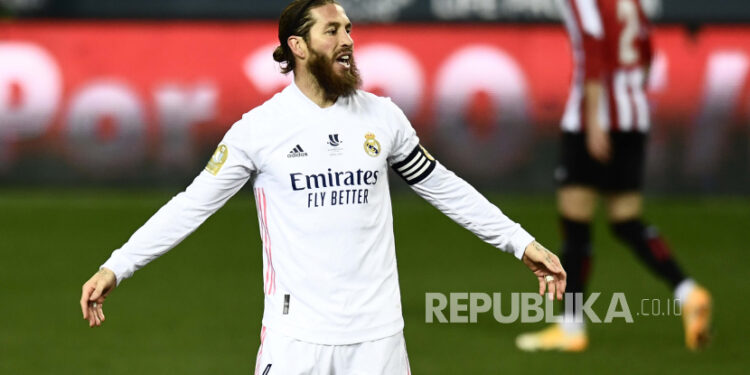 ACEHFOOTBALL.net — The immediate completion of January did not coincide with the process of extending the Real Madrid captain's contract, Sergio Ramos. Having previously made the club's offer, there is no movement from both sides.

The club prefers to release Ramos compared to the financial stability of the club which is struggling amid the Covid-19 pandemic.

Only Luka Modric extended the contract, and was named as the only player who agreed to the terms offered by the club. While Sergio Ramos and Lucas Vazquez both turned down club offers.

If you go, then losing both of them could affect the club because of their coach, Zinedine Zidane. But the club president, Florentino Perez remains determined to prioritize club finances over the demands of his players.

The club reportedly didn't want to make changes to the offer rejected by the player. On the other hand, players are currently free to discuss with other clubs although there have been no reports of their second offer.

Anyway, Football clubs are certainly more concerned with club finances than recruiting more star players when the clubs themselves are trying to pay the big salaries of the stars they already have..

Call it a club like Bayern Munich, Barcelona, Manchester United, Paris Saint Germain, Juventus and even Real Madrid which is rumored to have a non-aggression pact to prevent clubs from engaging in fraudulent acts when negotiating player transfers.

The pact was also designed to protect the club from excessive transfer fees where there are often bidding wars behind the scenes.

Of course there is still a question about Ramos's fate at the club. Although there are still a few weeks to see if Ramos chooses to refuse and leave or if another surprise behind it suddenly emerges..

Klopp Has No Thinking About Defending Title

Solskjaer Affirms that there will be no major evaluation