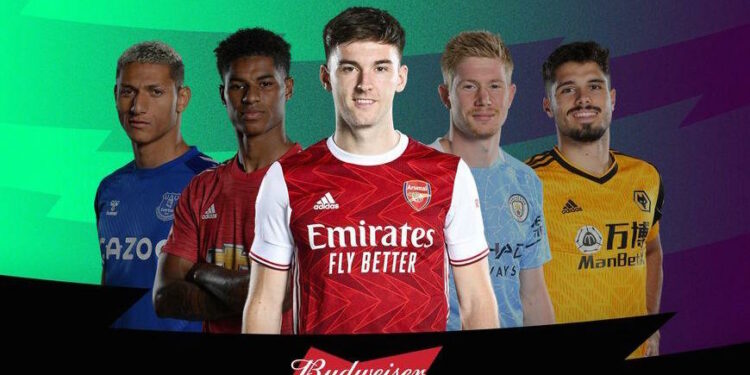 ACEHFOOTBALL.net - This week the English League has entered the 21st gameweek. Two weeks earlier, The Premier League fantasy of Acehfootball has also “found” the winner. This is the guy.

Ariadi became the first manager to successfully score three digit points for the second time. Earlier in the week 1 he was successful in packaging 113 numbers. This time the collection of points has swelled 125, because it coincided double games in the Premier League.

While on weekends 20, Djockerz FC, which is under Kurniawanz Dwi, has successfully collected the highest points, namely 76. The biggest contributor is Raheem Sterling, Saka and Cancelo from Man City. Check out the composition of the players below. 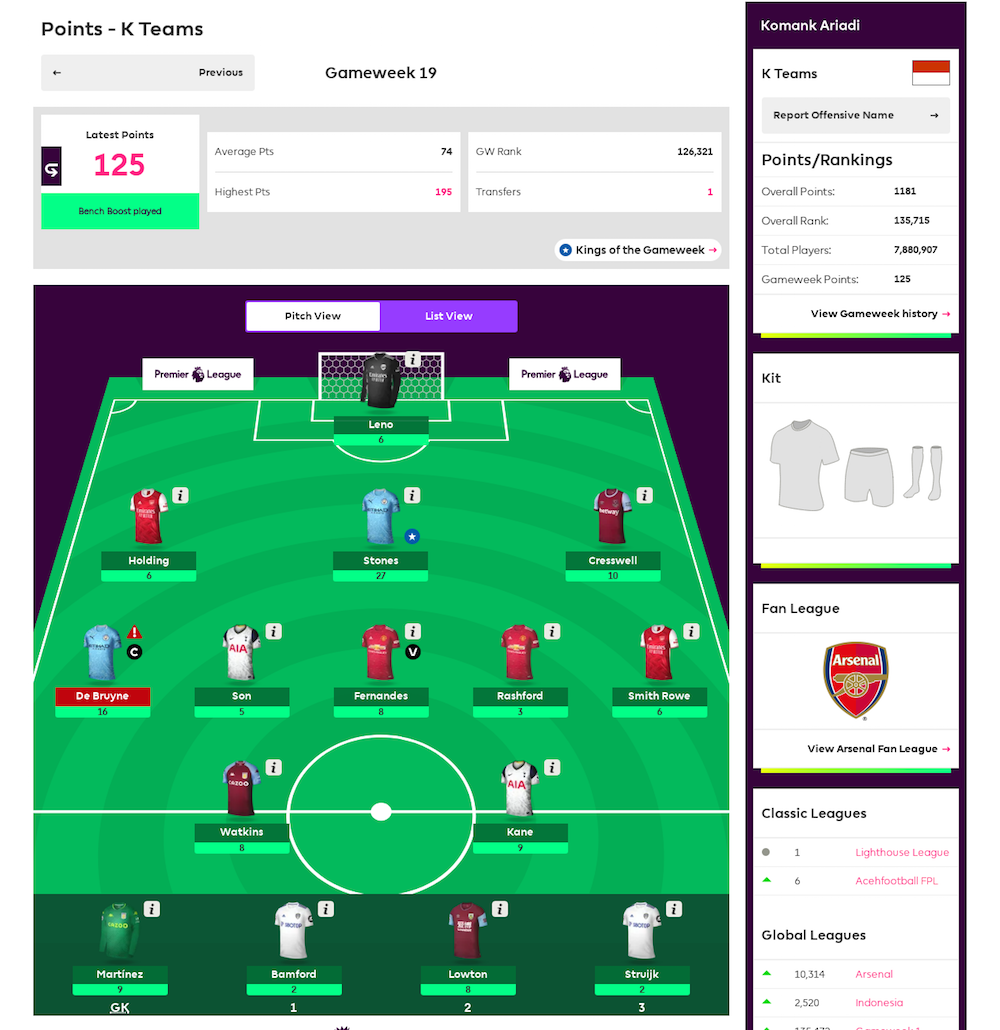 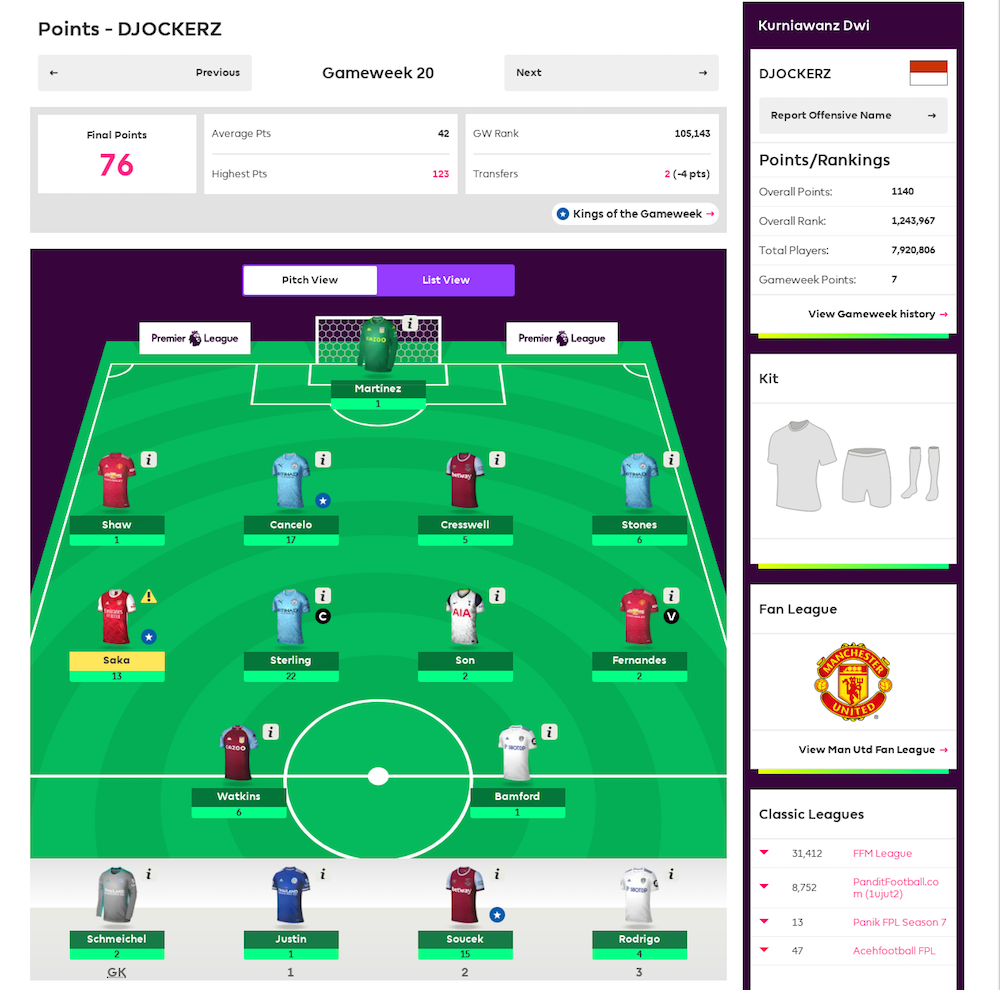 Meanwhile, the top position in the half of the season cannot be separated from Pokemon FC with the total score 1.295. The team managed by Jiha Doel has led from the fifth week until now at the top of the standings.

In second place belongs to Old Doro FC. Aziz Syah's team entered the runner-up position after collecting the total 1.252 points. For your information, The total value of Old Doro will be deducted minus the first three weeks.

Then, the third position went to Olala FC which was formulated by Riski Embre with a total score 1.244 numbers. Teuku Raja Wahidin with the team name Geusyik Leumik perched in fourth place with total points 1.241. and Ulee Gajah FC got fifth position 1.240 numbers. 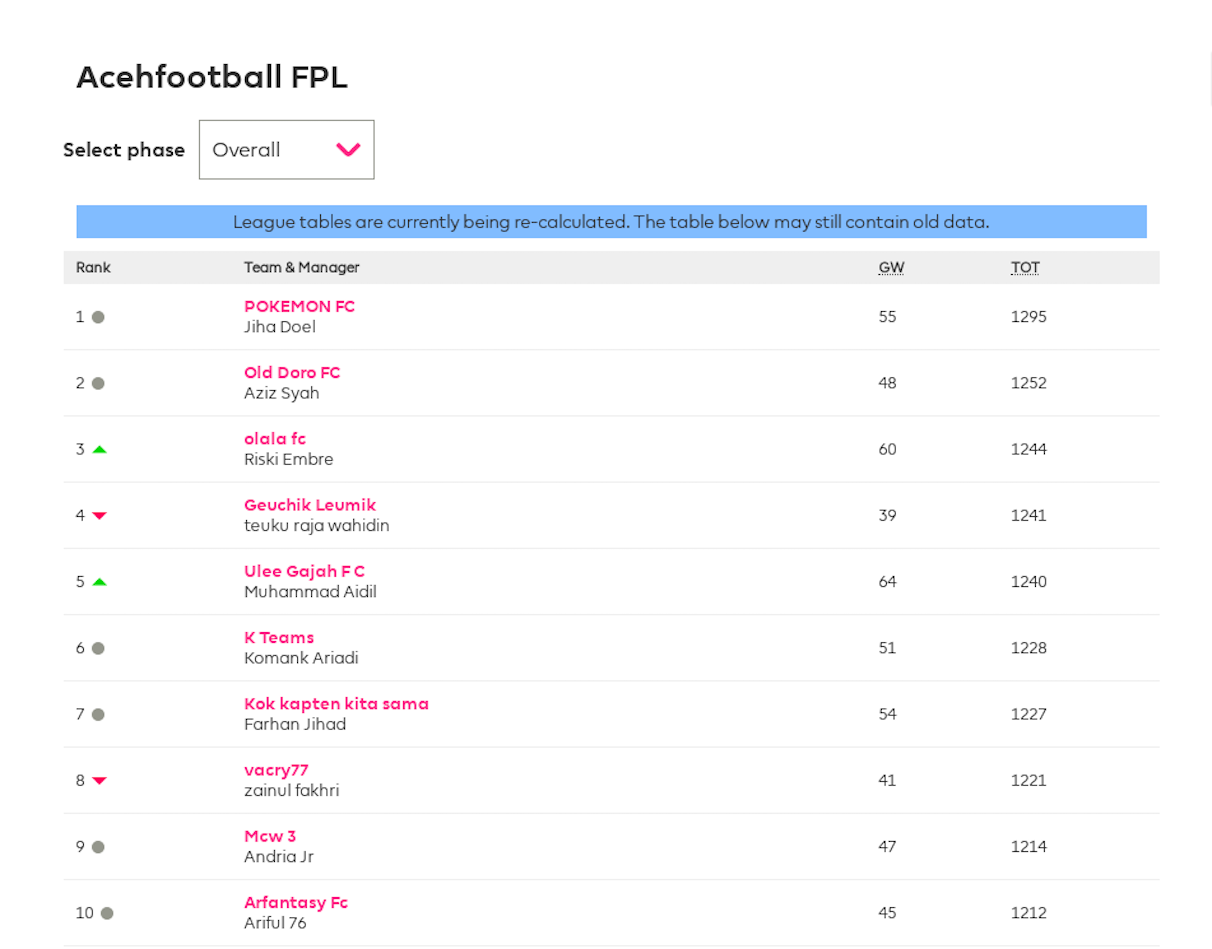 The composition of West Ham United vs Liverpool players