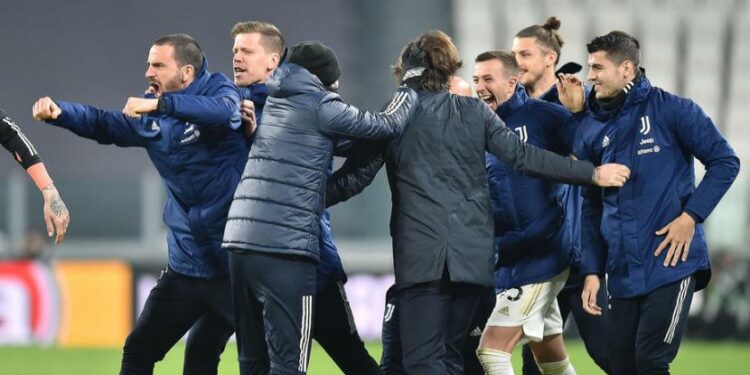 Juventus qualify on aggregate 2-1 after the draw 0-0 in the second leg in Turin.

ACEHFOOTBALL.net - Juventus get rid of Inter Milan in the semifinals Italian Cup 2020/2021. The Old Lady qualified for the top party even though she only played a draw 0-0 against Inter in the semi-final second leg at the Allianz Stadium, Turin, Wednesday (10/2) early morning WIB.

Because, Andrea Pirlo's team won 2-1 on the first leg a week ago, so the Bianconerri qualify with a similar aggregate score.

In the final, Juventus will be waiting for the winner of another semifinal between Atalanta and Napoli, whose second leg will take place on Thursday (11/2) early morning WIB. At the first meeting at the Napoli headquarters, the two teams draw 0-0.

The course of the fight

Although the game in the first half was fierce, good Juventus and Inter have struggled to create meaningful opportunities on 15 opening minutes.

Alex Sandro received a yellow card for his foul on Achraf Hakimi, and he will miss the final match. In the 25th minute, Nerrazurri almost scored from a free kick situation, but Romelu Lukaku failed to grab Christian Eriksen's cross.

Lautaro Martinez gets his next good chance, but he failed to score even though home goalkeeper Gianluigi Buffon had made a mistake. Eriksen tried to break the deadlock with a shot from the edge of the area which Demiral blocked.

Cristiano Ronaldo has three chances, but Stefan de Vrij and Matteo Darmian were able to block his shot, and goalkeeper Samir Handenovic was able to thwart the efforts of the two Portuguese players.

Inter coach Antonio Conte brought in Ivan Perisic to replace Matteo Darmian in the second half to try to add to his team's pounding power, and Juventus are always trying to build attacks from below. Ronaldo's shot after Juventus counterattacked still wide of the visitors' goal.

The Portuguese star has the best chance in that match. But he failed to make the most of Weston McKennie's through ball with Handanovic making a save at the near post. The goalkeeper thwarted Ronaldo's chances again after he dribbled past Milan Skriniar and Nicolo Barella.

Inter locked Juventus in the final phase of the match, but they failed to score the goals they needed, especially after Andrea Pirlo brought in Giorgio Chiellini.