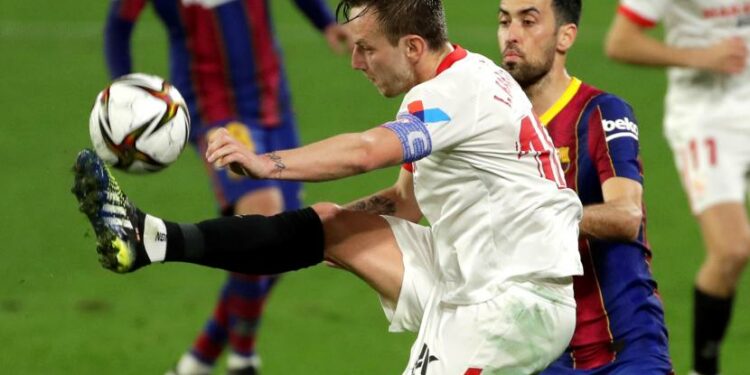 Barcelona carry a mission to win this match to lift the spirit of the team after last season ended without a title. The Copa del Rey trophy is the closest because to win the La Liga title and the Champions League there is still a long, winding road.

However, This mandatory win game didn't go according to plan. Ronald Koeman's men were one goal behind the home side in the first half. Jules Kounde managed to score one goal for the hosts' lead in the 25th minute.

Barcelona's attempt to catch up was hampered by Sevilla's tight back line. Until the first half was over, Barca fell behind 0-1 over Seville.

Second round, Barcelona are again trying to find an equalizer. However, effort from Lionel Messi, Griezmann and Dembele remained fruitless. The attack with four kicks statistics leads to the goal, five kicks misses, and four kicks saved without a single goal.

It was Sevilla who added the advantage in the final minutes of the match. Ivan Rakitic who was in uniform La Braugana became the dream destroyer of Messi and friends. He managed to score a goal against Ter Stegen after facing one on one.

Until the end of the match, score unchanged, Sevilla wins 2-0 over Barcelona. Barca have the opportunity to avenge this defeat in the second leg which will be held at the Camp Nou Stadium on 4 Next March.