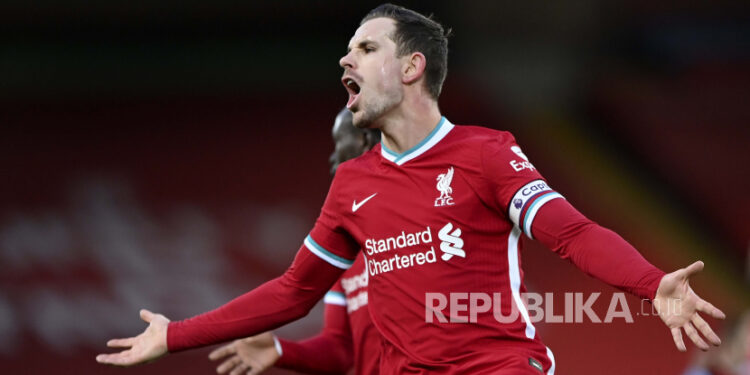 The defeat to Leicester City is Liverpool's third in a row.

ACEHFOOTBALL.net — Since mid-November 2020 yesterday, Liverpool are going through a difficult period. The Reds won just seven of them 20 competition. As a result, captain Jordan Henderson also spoke up about the team situation.

“The manager is really good in this kind of situation, through adversity he is the one we listen to the most. He's always there for us as players and tries to protect us as much as possible,” said Henderson quoted Mirror, Tuesday (16/2).

The defeat to Leicester City last weekend was Liverpool's third in a row. It also makes coaches Jürgen Klopp raise the white flag in the race for the Premier League title.

Henderson said Klopp had taken a lot of responsibility for Liverpool's bitter results. However, the players need to take on the task of changing the situation on the pitch.

“How much responsibility should we take? Full responsibility. We will go forward for all the energy and determination we have,” continued the footballer from England.

Now the Anfield Gank are asked not to get lost in defeat and immediately focus on their next match against RB Leipzig in the round 16 great Champions League 2020/2021.

Leipzig could not be a tougher test of Mamchester City's superiority this season. The German club completed last season's Champions League trip in the semifinals, and challenge them to challenge for the Bundesliga title with Bayern Munich.

As a result Henderson, as a leader in the field, expect his team's reaction in the Champions League, a competition that Liverpool have seen as their own in recent seasons.

“Currently, victories and results are the most important things. But if you perform at a high level, You stand a better chance of winning. So both would be really good, appearance and results.”

Ahead of PSG's opponent, Barca Strengthened Again by Gerard Pique