Everton Pull Back Moise Kean from PSG Next Season 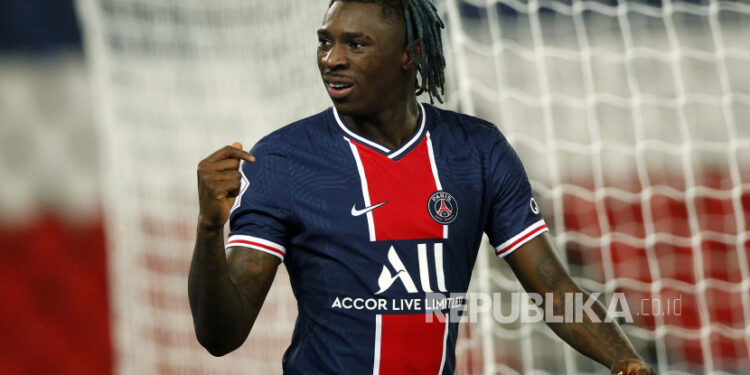 ACEHFOOTBALL.net - Coach Everton Carlo Ancelotti confirms want to bring back Moise kean from Paris Saint-Germain (PSG) the end of this season. Kean has shone since his loan spell at the Ligue giants 1 The French.

The Italian striker scored one goal in PSG's win 4-1 over Barcelona in the Champions League this week. So the issue began to emerge if PSG wanted to buy Kean permanently.

However, Italian transfer expert Fabrizio Romano said, if Ancelotti will not let go of the former Juventus striker.

”Carlo Ancelotti is a big fan of Moise Kean. In my opinion Everton will take back their star next season,” said Romano quoted from Tribalfootball, Thursday (18/2).

Moreover, Ancelotti targets Everton to appear on the European scene next season. So that the Italian coach needs new ammunition if this target is achieved. Added more, Everton are in a striker crisis. Ancelotti currently only relies on Dominic Calvert-Lewin up front.

The Toffees have the opportunity to enter the Europa League and Champions League, because currently ranked seventh in the Premier League standings. Everton are five points from Chelsea in fourth place, with one game in hand.