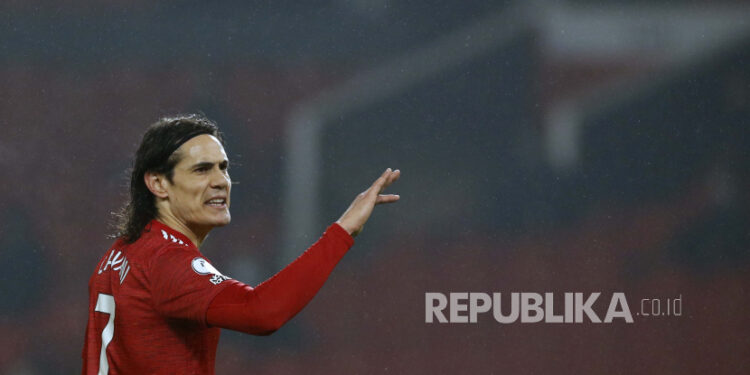 Manchester United will speak with Cavani regarding a contract extension.

After witnessing the ability of the Uruguayan bomber, Solskjaer mengaku puas. Cavani mencetak tujuh gol dan dua assist from 24 matches in all competitions.

“I can say Edinson (Cavani) work well. I'm happy to see him because he's really adapted to the team,” said Solskjaer as reported Tribalfootball, Friday (19/2).

“We will soon sit down together and discuss in the near future to hear the plan and explain our program.”

The striker is aged 34 that year it's already featured in 24 matches in all competitions. The former Paris Saint-Germain player contributed seven goals plus two assists.

“We are always in discussion with the players about the contract and the situation. In fact we are very satisfied with the results of his work,” said Solskjaer.

Solskjaer added, Cavani and midfielder Donny van de Beek were left behind during the win 4-0 against Real Sociedad in the match leg first 32 big Europa League because of a muscle injury and ready to fight against Newcastle later.

“They already got their chance, I guess. We'll see if they're ready and hopefully they can both be available,” kata Solksjaer seperti dilansir Reuters.

Solskjaer's team finished second in the standings after collecting 46 points from 24 match or 10 points below Manchester City who topped the standings. Newcastle ranks 17th with 25 a point or six points above the relegation zone.