The Milan derby will be the place to determine who deserves to be in first place.

ACEHFOOTBALL.net — The city of Milan this weekend is heating up. The reason, the two teams from the fashion city will meet jionarta 24 Italian League A league. The San Siro Stadium will also become a battlefield between two deadly strikers, Lukaku and Ibrahimovic.

Lukaku who once established himself as “Raja” City of Milan, straddled Ibrahimovic who replied with a more cruel statement. “Milan only has Gods”.

Inter last week won the Capolista alias top of the standings thanks to victory 3-1 over Lazio. In the same time, unexpectedly Milan collapsed 0-2 from the mock club, Spice.

Inter are now leading the standings with 50 points, winning only one point from Milan who scooped up 49 points from 22 laga. Derby of the Madonnina later will also be an opportunity for Milan's revenge, which was eliminated by Inter in the Italian Cup quarter-finals.

Worth the wait, whether Inter rule City of Fashion, or even Milan will be the gods in this hot match.

Odegaard could be Arsenal's mainstay against Man City

Koeman asks Barcelona to rise up against Cadiz

Brighton Fan Waiting for Chelsea vs City Starting, What is wrong?

Hakimi affirms that he wants to stay at Inter Milan

Aguero Can Not Play Against Chelsea

Chance to appear in the Champions League, This is the reaction of a West Ham defender

Mourinho does not care about Pogba's criticism

Ahead of the FA Cup, Pep talks about City's victory over Chelsea

Mandzukic returns his salary at AC Milan for the March period

Face City, Chelsea is not strengthened by Kovacic and Christensen 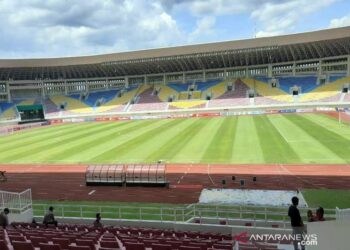 Persija versus PSM both want to perform optimally to get points

Chris Smalling admits his family was shaken after being robbed

Aceh PON Team Sends Players Off the Beginning of Ramadan