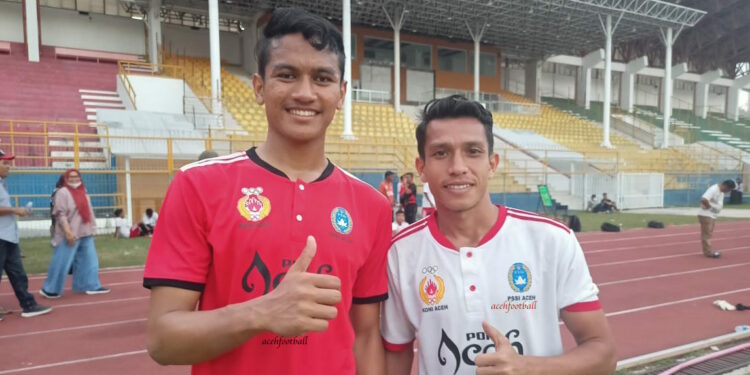 ACEHFOOTBALL.net — Chairil Zul Azhar and Reza Riski have trained with the PON Aceh football team. Together with the champion team of Porwil X Bengkulu, both of them hope to make a positive contribution to the team.

Being part of the Rencong squad that is being prepared for the National Sports Week (MON) XX Papua, both said they were proud to be able to strengthen the team that carries the name of the region.

"Alhamdulillah, I am personally proud. It's been a long time since I wanted to fight my hardest to make the region proud. This golden opportunity has come,"Said Chairil Zul Azhar to Aceh Football, yesterday.

"Because the opportunity didn't come the second time either, so yes we should really take advantage of it. Hence, I personally want to work hard to give my best,"Said the former Bogor FC goalkeeper.

On the other hand, This player from Langsa also wants moral support from the community. "Please pray from the community, so that all players and the coaching team are always healthy and receive protection from Allah SWT,”

Meanwhile, Reza Rizki also said a similar expression. This nimble winger replaces Rizki Nasution - the Captain of the Aceh PON Team. "Alhamdulillah, quite happy and proud to join PON Aceh, because PON is the biggest event in national football,He said.

Therefore, call him, all players will want to join the PON team. “Moreover, PON Aceh was trained directly by Coach Fahkri. This is an honor for me personally. Thank God now, I've joined PON Aceh. "

Said the former Bandung United player, In essence, he is happy and proud to be able to defend Aceh's name in the national football scene (read: MON). "Insha Allah, We'll try and work hard to get the results we want. We ask for support and prayers from the community too,"Closed this single admirer of Ronaldo.

Reza said, basically, both are quite happy and proud to be able to defend Aceh. The two of them did not expect the opportunity to open in a different way. "Everything has been arranged,"He closed. 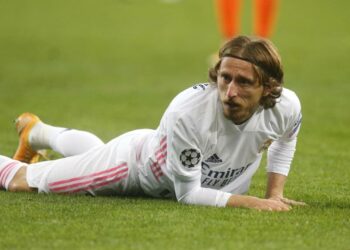