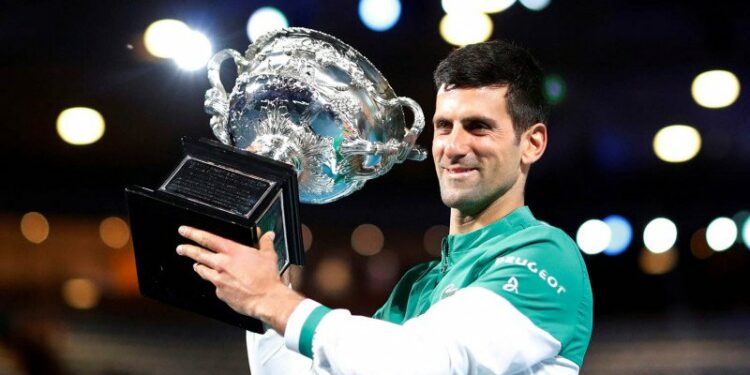 ACEHSPORT — Serbian Novak Djokovic has now made a new milestone as the longest running ATP world number one, equaled Roger Federer's record for 310 week in that position.

Djokovic's ninth Australian Open title last month is guaranteed to secure his ranking and will surpass Federer's record at 8 Next March.

After that historical record, Djokovic said he would adjust his calendar of matches and was ambitious to go beyond what it was 20 Grand Slam titles belonging to Federer and Rafael Nadal.

“After being at number one with the longest week, it would be a relief to be able to focus my attention on (Grand) Slam,” said Djokovic, as reported by Reuters, Monday.

“When you are looking for the number one ranking, You have to play well all season, and must play all tournaments. I'm really looking forward to setting new records,” he concluded.

This achievement is the fifth time for Djokovic to perch at the top of the world ranking. Tennis player aged 33 that year reclaimed the top spot from Nadal in February last year, and finish in level one at the end 2020 for the sixth time, matched the record set by Pete Sampras of the United States.