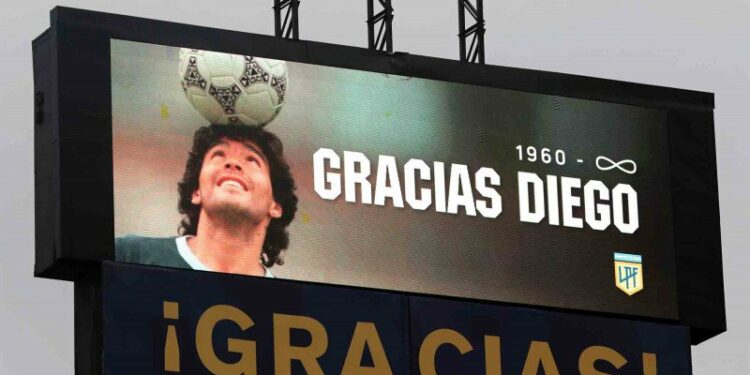 ACEHFOOTBALL.net — A Porsche car belonging to an Argentinian football legend, Diego Maradona, during his final season in Europe it goes to auction this week.

Maradona drives a Porsche 911 silver 1992 to and from training grounds and matches when he played for Spanish club Sevilla in the season 1992-93, the last time he was in Europe, after undergoing 15 month of ban on play due to drug cases.

“The car was just sent for “The Diego,” Diego Armando Maradona, and because of this history it could probably be worth double or triple the value of a standard car,” said the auto specialist at the Bonhams auction house, Gregory Tuytens, quoted from Reuters, Wednesday.

The online auction will take place from Wednesday to 10 March. Estimated price reaches 200.000 euros or around Rp. 3.4 billion. However, Tuytens felt the car could be worth more than that.

“It will definitely appeal not only to car collectors but also football fans and only people who love their person, the god of football Maradona,” said Tuytens.

Maradona colored the news that season, most of which came from outside the field, like when he was stopped by the police for running a red light and going fast 180 km per hour in the city center.

The car has exhausted 20 year with another owner on the island of Majorca, Spanish, before passing through the hands of several French collectors. The car entered the auction on an odometer of about 120,000km.

Maradona died in November 2020. Thousands of people paid their final respects on their way to his funeral in Buenos Aires, Argentina.

Prediction of Barcelona vs Sevilla Players in the Copa Del Rey