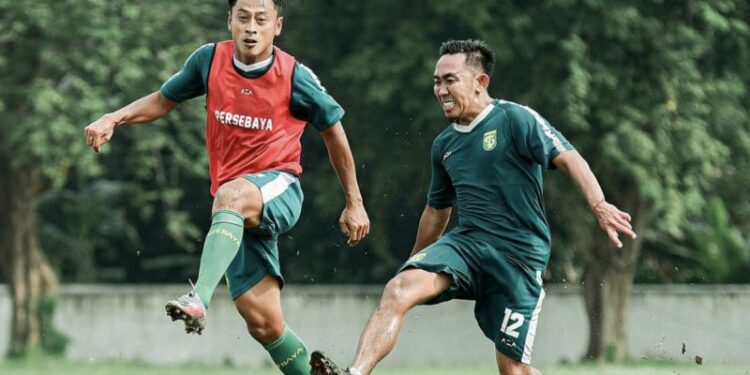 Two new players in the position of striker and midfielder

"Two new players in the position of striker and midfielder,"Said Persebaya Secretary Ram Surahman when he was confirmed in Surabaya, Thursday.

Samsul Arif once defended Persela and last season dressed as Persita Tangerang, while Ady Setiawan always appeared in the first three matches of Persela Liga 1 then before finally being stopped due to the COVID-19 Pandemic.

The two players have undergone the inaugural training with Rendy Irawan and friends at the Jala Krida Mandala Bumimoro Field today.

There are several players who are trial status, like a Japanese blooded player, Meru Kimura and ex-Persebaya Taufan Hidayat.

Some of the old players also took part in training, other Hambali, Supriyadi, Abu Rizal Maulana, Syaifuddin, Oktafianus Fernanto and a number of young players from Persebaya junior.

According to Aji Santoso, the first day of physical decline training does exist, but the condition of the players is quite good and the players already understand their professional responsibilities.

“Obviously this makes it easier for us, because it doesn't take long to restore their physical condition to be ready for the match,” he said.

Ancelotti still often has discussions with his former foster children

LIB: support from Menpora-MenkoPMK to help issue league permits from the Police

The Chairperson of the Blue Panzer Committee was elected, Galih wants to solidify supporters

Rennes Continues to Approach the European Zone After Defeating Nantes

Focus and concentration are the keys to face Bali United