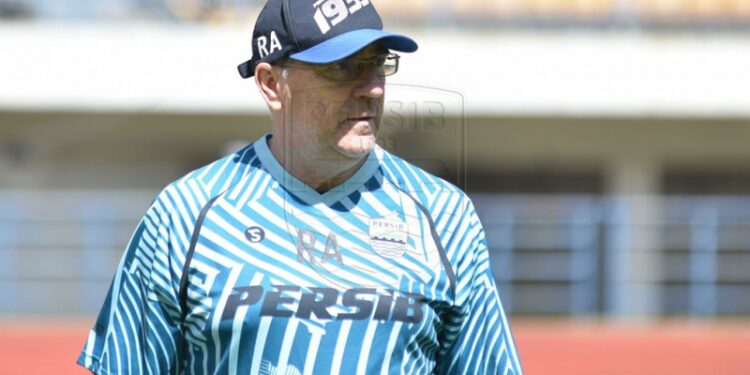 Nick plans to leave the hotel in Jakarta tomorrow, but he's going to have another test in the morning

Robert explained, Nick Kuipers arrived in Indonesia on Sunday, 28 Last February, however, they have not been able to join the team because they are currently undergoing independent isolation in Jakarta.

“Nick plans to leave the hotel in Jakarta tomorrow, but he's going to have another test in the morning. He had the PCR test yesterday. So, we are still waiting for the results,” said Robert, quoted from the club's official website, Thursday.

In contrast to Luiz who is still in his home country, Robert said the Brazilian striker was still constrained by administrative processes and had not yet been able to leave for Bandung.

However, Robert hopes that Luiz can join Supardi and friends in the near future.

“Personally, I have hope of him (Wander Luiz) can come to Indonesia next week, then under self-quarantine for five days. We have two weeks before Luiz can join the team,” he hoped.

Persib has held its inaugural training session which was held Monday (1/3) then, at Gelora Bandung Lautan Api Stadium (GBLA), Bandung, West Java, having been out for about three months since November 2020.

They had previously been registered as a club player who was also nicknamed Maung Bandung, but later seconded for the needs of the Persib Satellite team.

The Dutch coach admitted that his players were not at their best level after a long holiday, and give time for foster children to immediately return to their best condition.

“But that's normal. They haven't played in a long time. We give the players time to feel back on the grass, play ball, and together in the dressing room. It takes time to adjust to the activity at the highest level of football,” Robert's last.

Pique's words about Barcelona's progress have a chance to materialize

Gary Neville: Man United Vulnerable Out of the Big Four

LIB: support from Menpora-MenkoPMK to help issue league permits from the Police

The Chairperson of the Blue Panzer Committee was elected, Galih wants to solidify supporters

Rennes Continues to Approach the European Zone After Defeating Nantes

Focus and concentration are the keys to face Bali United