Chance to appear in the Champions League, This said the West Ham Defender 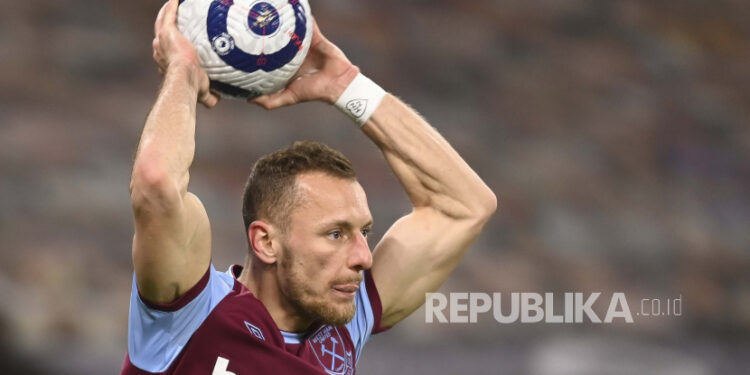 ACEHFOOTBALL.net — West Ham United defender Vladimir Coufal enjoying every minute as his team is struggling to appear in European competition next season.

The Hammers are now competing for Champions League tickets. Victory over Newcastle United, Saturday (17/4) WIB tonight will take them to third in the Premier League standings.

West Ham now sit in fourth place by packing 55 points or one point behind third-placed Leicester City. Therefore, if they win against The Magpies, they will displace Leicester.

The draw for Everton vs Tottenham Hotspur as a European ticket competitor is quite beneficial for West Ham. The reason, if West Ham win they will be eight points clear of Tottenham in sixth and nine points from Everton.

"Of course, I come from a winning mentality, but I think every player here has that mentality in them,"He said quoted from the club's official website.

He emphasized that his troops must be confident that they will win the match. He will encourage his colleagues to work hard for the betterment of his own team.

Coufal admitted that he was very happy with West Ham, especially this season where the team achieved excellent and historic results by competing in the top four.

When West Ham finish in the big four then that will be an incredible achievement.Coufal joined West in October 2020 from Slavic Prague. And play at the St James Park stadium, Newcastle home will be his first experience.

"As usual in the Premier League, I'm expecting a very tough match, especially in St James' Park. I'm really looking forward to it, because this is one of my favorite stadiums in England, just be honest,"He said.

But the most important thing is that West Ham are doing well there. host, he thinks he has been better in the last three games. Their players are also in a fit state so it's a cause to watch out for.

Jose Mourinho does not care about Paul Pogba's criticism