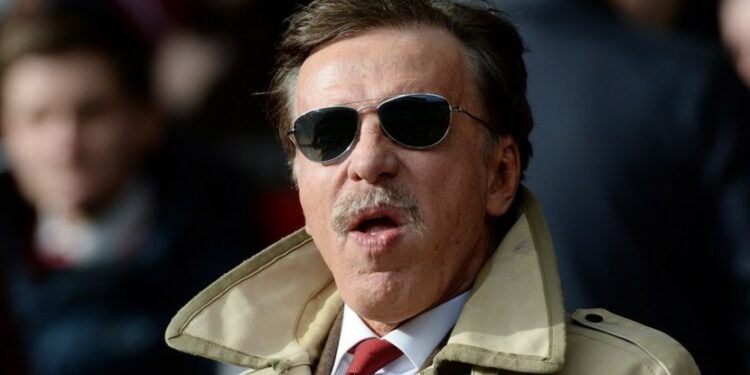 The supporters think Kroenke is not worthy to lead Arsenal.

ACEHFOOTBALL.net — Arsenal director, Josh Kroenke, confirms, Kroenke Sports and Enternainment (KSE) as the owner of the Gunners has no intention of releasing ownership of the North London club. Previous, The spotlight on the club owners of The Big Six had surfaced after the involvement of these clubs in the plan to form the European Super League (ESL).

The spotlight was also on KSE as the owner of the Gunners. Arsenal, along with six other English clubs, plus three clubs from Italy and three clubs from Spain agreed to form ESL. However, title ESL this gets rejection and opposition from various quarters, including the supporters group, federations in their respective countries, domestic competition hearing authority, and UEFA.

Step Arsenal to participate in helping ESL received harsh criticism from the Gunners supporters group. Kroenke is considered not worthy to lead Arsenal.

Even so, Kroenke confirmed, KSE is still worthy enough to lead the Gunners. Son of Arsenal owner, Stan Kroenke, it also confirms, KSE has no plans to relinquish ownership and leave Arsenal.

”I believe, we are still capable enough to be the keepers of this club. I will not answer the question of our strategy to leave this club because we have no intention of relinquishing ownership of this club,” Kroenke said as reported Sky Sports, Friday (23/4).

Not only that, Kroenke also confirmed, has drawn up Arsenal's short-term plans, especially in the transfer market activity next summer. This plan, he continued, will continue.

Even so, the businessman from the United States admitted, there will be doubts or skepticism directed at the Gunners board of directors and owners. Doubts and skepticism, especially those from the supporters group, this has also increased after the ESL polemic.

”We are still excited to carry out various plans for the coming summer. Maybe, in the future, I will face doubts and disbelief. However, I hope to build a better relationship with this group of supporters and show we can take this club to a higher level,” Kroenke said.