by Editors
in Another League, Abroad 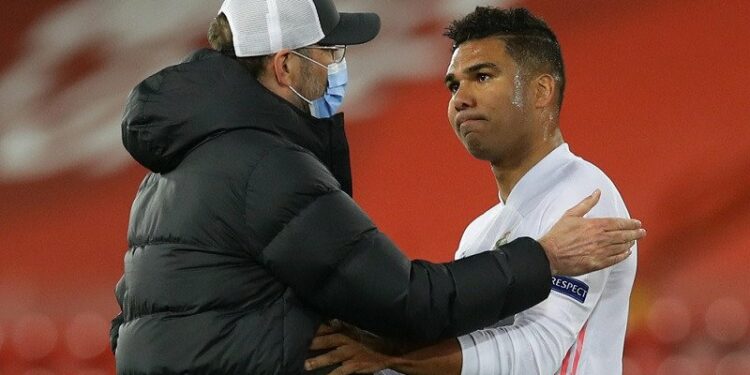 ACEHFOOTBALL.net - Liverpool manager Juergen Klopp said he was relieved after the European Super League project seemed canceled following the resignation of the founding teams, but he has now shifted criticism of the new Champions League format that UEFA announced from the start of the season 2024/25.

Just interval the day after 12 European team announced the Super League project, on Monday (19/4) UEFA has ratified the agreement to adopt a new format for the Champions League, which is more famously known as the Swiss Model.

The most basic changes are the addition of four participating teams and the implementation of a single league, which will make the teams participating in the Champions League on 2024/25 will play 10 matches in the group phase rather than the six currently in effect.

“So, yes, The European Super League is not discussed continuing, very nice, very good. But the Champions League's new format doesn't make you think 'Wow, Great, Is that? Let's do it.',” Klopp said as reported by Liverpool's official website, Last Friday night.

“They showed it to me, everything and I said 'I don't like it’ because there will be 10 match and not six (of group phase), I don't know where there is room to put the schedule.

“Maybe UEFA will ask one of the cup competitions in England to be canceled, or make the Premier League minus the number of teams finished 18 or something like that,” he added.

Klopp's main criticism of the new format of the Champions League is the lack of communication from UEFA to football players such as players and coaches or, furthermore, supporters., who is the most important person in the world of football.

According to Klopp, the heavy criticism that came from the coaches at both club and national team level showed that something was wrong with the new format of the Champions League..

“But, one more time, UEFA did not ask us, the same was true of the founders of the European Super League, no one asked us,” said Klopp.

“Everything is always the same, 'Play more matches.’ We've said it over and over again. With the current structure, It is impossible. You cannot play in full leagues 20 tim, two cup competitions, and play 10 international games before Christmas.

“These things are not possible. But, like i said, we were never consulted, we were just asked to work,” concluded Klopp.

Italy Vs England in the Euro Final 2020, This is Their Journey

Southgate: Italy vs England Final Match Worth Waiting for

Ahead of the big match Italy vs Spain, Here are the interesting facts

Spain and Italy Qualify for EURO Semifinals 2020, Who Follows

England can continue to advance until the final, Said Harry Kane