Thomas Tuchel doesn't like the new format of the Champions League

by Editors
in Another League, Abroad 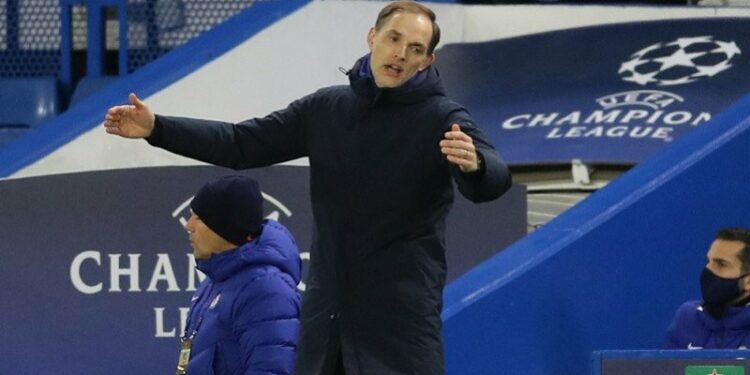 This is not quality, it's just more matches

ACEHFOOTBALL.net —Chelsea coach Thomas Tuchel said on Monday he was not a fan of the new Champions League format which will force teams to play more games in a season which puts a strain on players..

In the midst of a failed attempt 12 Europe's top teams form the Super League, European football's governing body UEFA approved a new format starting the season 2024-25 with 36 clubs and teams will play four more games than in the current format.

“I'm not sure if I like him. I can only see more games and it's hard for me to be excited at all,” Tuchel told reporters ahead of the semi-final first leg against Real Madrid, Tuesday.

“All this discussion about the Super League makes us forget about the new format of the Champions League. Do they ask the coach or the players? I guess not,” he said as quoted by Reuters.

“We have so many new formats, with the Nations League (UEFA) too… This is not quality, it's just more matches. At the same time, we only have three substitutes in the Premier League, which is the toughest competition.”

Meanwhile, UEFA threatened to ban the founding clubs of the Super League — including Real Madrid and Chelsea — of the Champions League, Tuchel said both teams “deserved” be in the semifinals.

“I've had the luck to be a part of this since the knockout phase and we've been fighting our way through the results. If there is a problem at the political level of sports, it must be completed at that level.”

The match is also likely to see Real striker Eden Hazard playing against his former club after forgetting his injury concerns and Tuchel says the Belgian will make amends after being out for most of the season..

“Eden is a top quality player, he is a key player in this club and this league, we really respect it,” said Tuchel.

“Many people know him well but we don't just talk about him… He is fit, bounce back in the last game. If it plays, I'm sure he wants to score points.”

Italy Vs England in the Euro Final 2020, This is Their Journey

Southgate: Italy vs England Final Match Worth Waiting for

Ahead of the big match Italy vs Spain, Here are the interesting facts

Spain and Italy Qualify for EURO Semifinals 2020, Who Follows

England can continue to advance until the final, Said Harry Kane