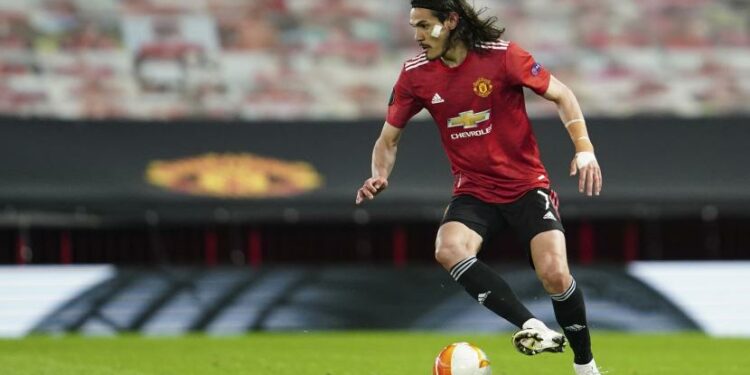 Manchester United need players with numbers 9 on the front lines.

ACEHFOOTBALL.net — Manchester United legend (MU) involved in success MU reach treble winner, Andy Cole, hope the Red Devil can defend Edinson Cavani. Cole confirmed Cavani, who will release his contract in June, still has a lot to give, even at that age 34 year.

“I would love to see him survive. If you look at his appearance for Manchester United so far, he was brilliant. At the age 34 year, You look at the goals he gets and when he plays, Manchester United have that important player up front,” said Cole reported Tribal-Football, Tuesday (4/5).

Cole added, MU's squad understands it can play through Cavani as a barrier and divider for the ball at the forefront.

“Look at the goal he scored in midweek against AS Roma, his game was fantastic with Bruno Fernandes,” explained Cole. “For me personally, this shows Manchester United need a numbered player 9 and if he survives, I thought it would be good for the club.”

Juve Failed to Defend Title, This is Pirlo's Defense

Sterling disappointed at Man City, This is the cause

Solskjaer believes Greenwood and Sancho could be a tandem

Pogba will be the most expensive paid player in the Premier League?