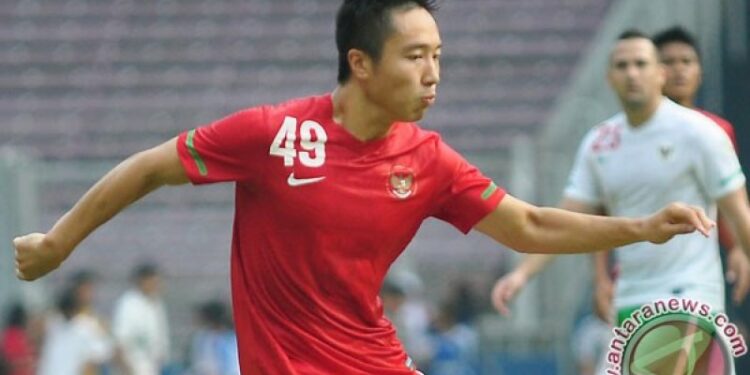 ACEHFOOTBALL.net - PS Sleman defender Arthur Irawan said he received negative views from the community regarding his call to a training camp (TC) the Indonesian national team as motivation to be better.

“Negative evaluation will motivate me to do better,” said Arthur to from Jakarta, Friday.

Old footballer 28 that year considered the pros and cons of the public through social media, Moreover, there are parties who provide support for men who have played for the Spanish League club youth team, Espanyol and this Malaga.

“I thank you for the support,” holds Arthur.

The summon of Arthur Irawan which was announced by PSSI today caused various opinions in the football-loving community. Some have questioned that decision, but not a few are supportive.

Arthur himself is not the main player in his club, but has the ability to fill several positions such as left back, right back and right wing.

The Indonesian national team played TC at the Gelora Bung Karno Intermediate Stadium, Jakarta, start 1 May which is the preparation for the World Cup Qualifiers 2022 Asia area.

Head coach Shin Tae-yong's squad will have their last three Group G World Cup Qualifying matches 2022 all of which take place centrally in the United Arab Emirates (UEA) in June.

Before that, The Indonesian national team will face two trial matches in the UAE against Afghanistan on 25 May and Oman on 29 May.

Although the national team will certainly not be able to continue their work in the World Cup Qualification 2022 ln lost all five of their Group G matches, PSSI wants the national team to achieve the best results.

Semen Padang brought in Aldino Herdianto, Who is she?

Arthur Irawan is Ready to Compete in the Indonesian National Team