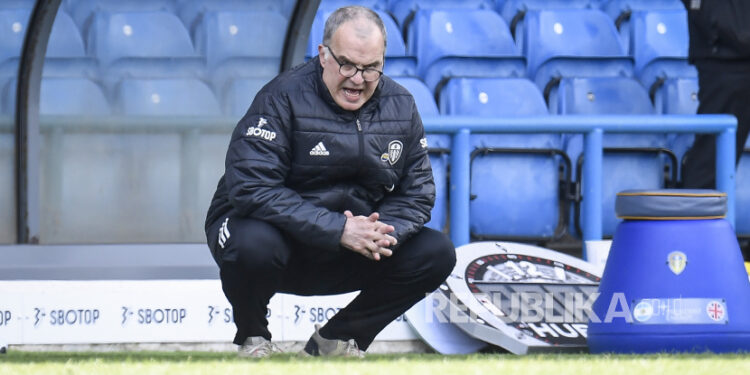 Marcelo Bielsa's team pressed from the start to show the identity of the hosts.

ACEHFOOTBALL.net —Leeds United unggul 2-1 in the first half at home to Tottenham Hotspur in Week 35 of the Premier League at Elland Road, Saturday (8/5) evening WIB. Dallaa and Bamford were the scorers for the hosts.

Care team Marcelo bielsa pressing from the start to show identity as the host. In the fourth minute Leeds have a golden opportunity when Roberts penetrates from the left wing. But his pass failed to reach Bamford and kept Tottenham out of danger.

In the seventh minute, Leeds pushed back through Alioski's pass to Harrison and the midfielder headed for Bamford into the box. The England forward tries to shoot a low shot into the bottom right corner with his left foot, but Spurs keeper Hugo Lloris made a fine save and produced a corner for the hosts.

Leeds finally scored through a Dallas goal in the 13th minute. It started with Harrison's cross which Reguilon cut but sent the ball towards the net, forces Lloris to move to block it, but the rebound fell towards Dallas who shot the ball straight into the top right corner. The host was superior 1-0.

Leeds continued to press with time remaining. But Leeds lost the lead when Tottenham equalized in the 25th minute with their first chance. Son made a right-footed finish past Meslier to finish Alli's sweet cross that ran between the two Leeds defenders.

Two minutes later Leeds had another chance when Harrison managed to cut the ball from Aurier. But Lloris made a fine save by parrying the ball over the crossbar and coming out for a corner for the hosts.

In the 31st minute Kane hits the net to complete Alli's pass. But the England striker is already in an offside position. Leeds took the lead again through Bamford's goal in the 42nd minute. Superior host 2-1 until drinking.

The composition of the players for the two teams: