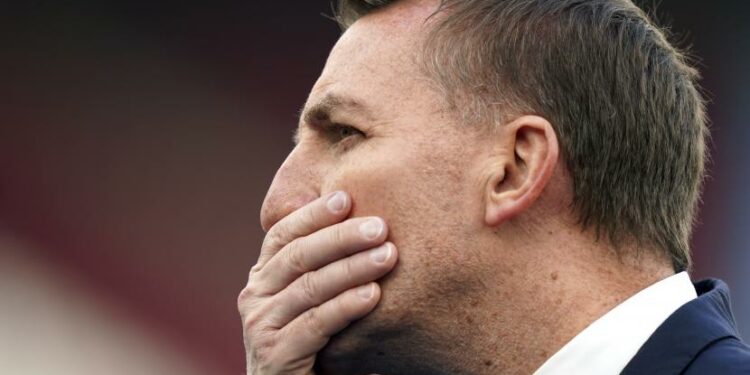 Leicester City was left behind 4-0 from Newcastle United.

ACEHFOOTBALL.net - Leicester City is in danger of being overtaken by Chelsea after being defeated by Newcastle 4-2 in the English Premier League continued, Saturday (8/5). Leicester even fell behind 4-0, before scoring twice on 10 the last minute of the match.

Commenting on his team's poor performance, manager Brendan Rodgers it didn't take long to analyze what caused the defeat. ”It is very easy to analyze, because we made a lot of mistakes. You can't win if you do that,” said Rodgers, as quoted from Skysports, Saturday (8/5).

He said the goals in his team's goal were characterless. The meaning, these goals should have been anticipated.

In critical times like now, said Rodgers, the squad must appear with full concentration. While, he considered his team not focused during the match. as a result, Newcastle, which has quality players, punishes Leicester cruelly.

Nevertheless, Rodgers remains proud of his players. He stated that the Leicester players could blame each other when they fell behind 4-0. But the players are able to keep fighting until they are able to reduce the lag. ‘

'Too many mistakes that cost us. You can get that with young players, and you can see it from the first goal, which is a bad mistake,” explained Rodgers.

Achraf Hakimi is rumored to be targeted by Bayern Munich