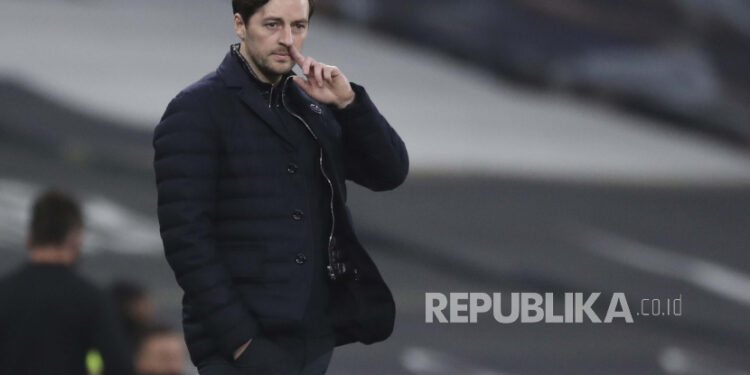 Leeds were able to avoid defeat when they hosted the top six teams of the Premier League.

ACEHFOOTBALL.net - Tottenham Hotspur are aiming for the record as the first Premier League top-six team to win at Leeds United when they travel to Elland Road for Matchday 35 on Saturday (8/5) tonight.

Despite being a promotion team, Marcelo Bielsa's Leeds have been able to avoid defeat when they host the Premier League's top six teams at Elland Road this season.

Early in the season, Leeds could draw against Manchester City 1-1 and Arsenal 0-0 in November 2020. Then on 2021, Chelsea is also just playing 0-0 di Elland Road, followed by results 1-1 and 0-0 which Liverpool and Manchester United have felt respectively in Leeds' last two home games.

Therefore, Ryan Mason as interim coach Tottenham hopes his team can change the situation and be the first among former European Super League founding teams to win at Elland Road.

“Hopefully we can change that fact. We will go there with the mentality and attitude to chase the win,” Mason said in the pre-match comments quoted from Tottenham's official website, Friday (7/5) night. “We believe we can win, as we have that belief for every game we play.”

Mason emphasized the victory at Elland Road was the main focus for Tottenham at this time, rather than being too burdensome for the team regarding the opportunities for European competition next season.

“We've been in football long enough to realize we can't think too far, can't think 'we're going to win the next four games’ because football at any level doesn't work that way,” explained Mason. “After all we are in the most difficult and competitive league in the world. Then the next match is the most important. One could say it's a cliché, but in fact it is.”

According to Mason, Leeds will appear aggressive and create difficulties. “But we went there determined to win,” last Mason.

Tottenham are currently in sixth place with a collection 56 points or five points adrift of the Champions League zone. But position Spurs can be overtaken by Liverpool, who are only two points behind and have one saved game.