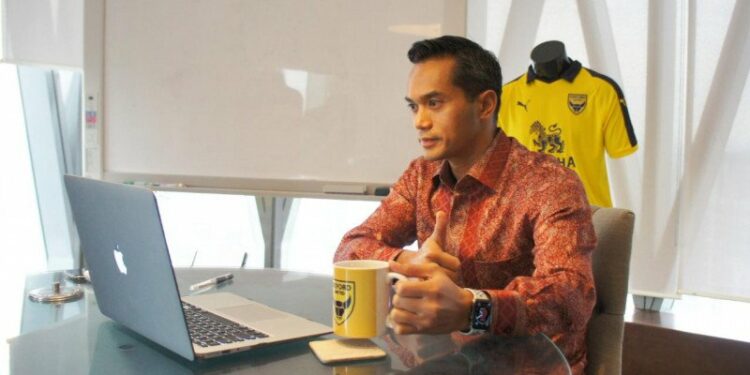 ACEHFOOTBALL.net - The owner of Oxford United who is also a young entrepreneur from Indonesia, Anindya Novyan Bakrie, appreciates the Oxford squad who fought their way through the English League One play-offs for promotion to the second division of the Championship League.

"We are grateful that Oxford United can play well in the last game of this season. A convincing win 4-0 against Burton saw the Yellows into the play-offs for the second time in two years,” said Anin in an official statement in Jakarta, Monday.

“Hopefully two games against Blackpool, can bring Oxford United back to Wembley for the Final Play Offs,” said Anindya.

Oxford's success could not be separated from the maximum results in the last match after silencing Burton Albion 4-0. Meanwhile, closest rivals Portsmouth FC are beaten at home to Accrington Stanley FC 0-1.

The result of the match made Oxford United collect 74 points for being ranked sixth, instead Portsmouth dropped to eighth place with 72 points.

Actually Oxford and Charlton Athletic both collect 74 points, but Charlton lost on goal difference and had to settle for seventh place.

Two Hull City teams (rank one) and Peterborough (rank two) qualify automatically for the Championship League, while the ranking 3-6 must undergo the playoffs to win a promotion ticket to the Championship.

The first goal came in the 10th minute through the action of Mide Shodipo, and at the 28th minute, Matty Taylor created the second goal to put Oxford United in the lead 2-0 until the first half.

In the second half, Oxford added two more important goals for Elliot Lee's efforts in the 57th minute and Sam Winnal's goal in the 92nd minute. Oxford United won hands down 4-0.

Another playoff semifinal match, Lincoln City will challenge Sunderland AFC, 30 Next May.

This is not the first time Oxford has penetrated the playoffs because last season Oxford also made it into the playoffs but had to settle for being ranked fourth in the playoff finals.

Juventus Threatened Failure to Qualify for the Champions League