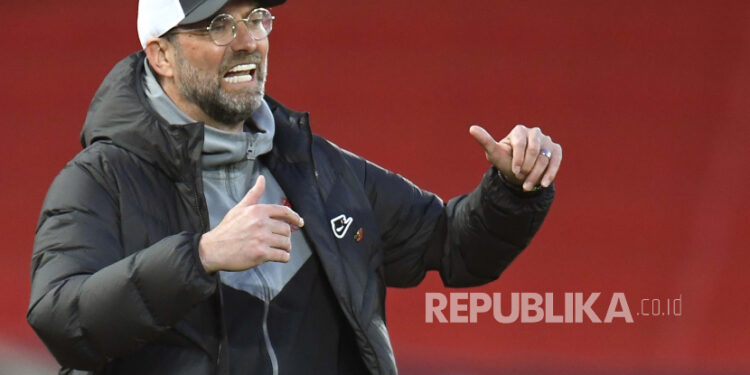 ACEHFOOTBALL.net —Manager Liverpool, Jürgen Klopp, admitted that he had conveyed his congratulations directly to his colleagues Pep Guardiola as well as former players under his care, Ilkay Gundogan, for the success of Manchester City winning the English Premier League this season.

Klopp said this year has been very tough for the whole world, including football. So that, according to him, what City has achieved so far is extraordinary.

The former Borussia Dortmund tactician also acknowledged the greatness of Guardiola and City, who were able to win five titles in the last decade.. As a comparison, Klopp himself could only bring Liverpool to the championship last season, which ended a three-decade league title drought.

“When you combine financial ability with the right football knowledge, You have the opportunity to create something special and that's what happened with City,” said Klopp. “City have an amazing squad, the best manager in the world, it is clearly a recipe that works.”

Klopp Happy Even though Liverpool were 'crushed’ Man City