Liverpool into the top four after beating Burnley 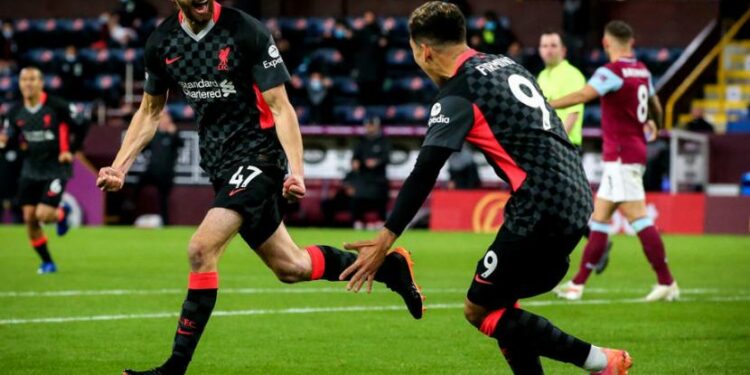 JAKARTA — Liverpol did not waste the opportunity to move up to the top four English Premier League after the defeat Leicester City from Chelsea 1-2 on Wednesday (19/5) WIB. The Reds conquer Burnley 3-0 by Turf Moor, Thursday (20/5) early morning WIB, to revive the chances of competing in the Champions League next season.


Liverpool won through Roberto Firminho's goal at the end of the first half. Nathaniel Phillips and Alex-Oxlade Chamberlain added two goals in the second half to make sure Liverpool displacing Leicester from fourth position.


An additional three points made the Reds score points 66, same as Leicester's points collection. But Liverpool are superior on goal difference between entering and conceding (24) from Leicester (20) so it is entitled to be ranked fourth. The Premier League applies goal difference as the first calculation if there are two teams who have the same value on the standings.


This means Liverpool and Leicester will play life and death matches in the last weekend. Leicester don't just have to win at Tottenham Hotspur's cage to compete in the Champions League, but also scored a lot of goals in order to excel in the calculation of goal difference with the Reds. This is with a record that Liverpool also won in their last match at home to Crystal Palace, Sunday (23/5).


If Leicester and Liverpool both won and the Foxes lost on goal difference, there is still hope of finishing in the top four. Leicester hopes Chelsea will fail to win when they visit Aston Villa's headquarters. Because, Chelsea in third position are only one point ahead of Liverpool and Leicester.


It is certain that the eyes of the English Premier League fans will be divided in three matches at the Tottenham Hotspur Stadium, Anfield, and Villa Park in the final week to find out the last two teams to qualify for next season's Champions League.

Juventus Champions of the Coppa Italia, Overcome Atalanta in the Final