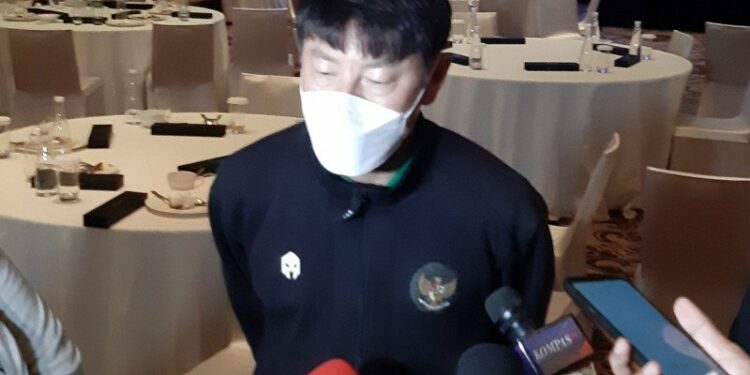 Jakarta () – Indonesian national team coach Shin Tae-yong will focus on improving the physicality of his players ahead of the trial match against Oman in Dubai, United Arab Emirates, Saturday (29/5).

“There are still three to four days until the match. We have to improve physically a lot, that's the most important,” said Shin, quoted from the official website of PSSI in Jakarta, Wednesday.

The South Korean tactician will prepare his squad as best as possible for good results against Oman.

The national team squad will also evaluate the team's shortcomings that were seen when they were beaten by the score 2-3 from Afghanistan in a test match on Tuesday (25/5).

National team midfielder Adam Alis also hopes that the Garuda squad will rise after being defeated from Afghanistan and focus on the match versus Oman.

National team, call Adam, big changes need to be made in order to reap good results in the following matches.

“When against Oman later, hopefully we can be more compact and stronger so we are ready for the 2022 World Cup Qualification,” said the old footballer 27 that year.

Indonesia's match against Oman on Saturday (29/5) PSSI has registered to become a FIFA A match which will make the results of the party affect the FIFA rankings. However, there is no further certainty regarding that.

The trial parties against Afghanistan and Oman are part of the preparation of the Indonesian national team for the last three matches of Group G World Cup Qualification 2022 Asia area.

This is Gattuso's Open Letter to the Napoli Fan, Emotional?