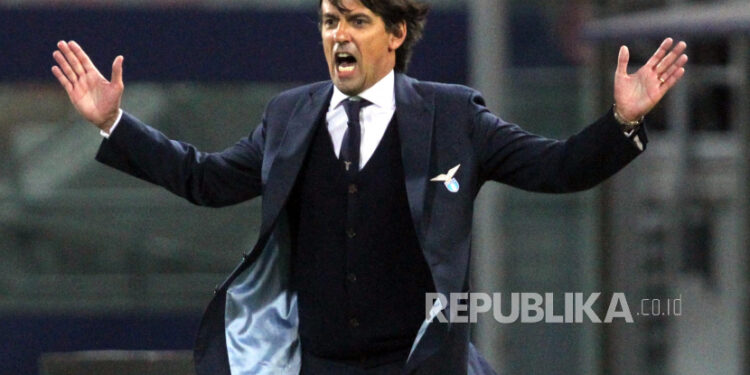 Simone Inzaghi reportedly left Lazio, and will be the new coach of Inter Milan

JAKARTA — Simone Inzaghi has confirmed that he will step down as Lazio coach. Inzaghi will reportedly replace Antonio Conte as Inter Milan coach.


Conte agreed to terminate his contract on Thursday (28/5) and Sky Italy reported on Friday (28/5), that Inzaghi has agreed a two-year contract to coach Inter. Inzaghi's own contract with the Rome-based club will expire next month.


“With great emotion I want to tell you that on 30 June my wonderful adventure with Lazio will end,” said Inzaghi to ANSA which is quoted Reuters,Friday.


“I thank the club, president, the players and fans who have accompanied me throughout 22 it's been a great year as a player and a coach. We fought and won together,” he said.


“These colors will forever be in my heart: blue and white will always be a part of my soul,” he said.


Inzaghi has been at Lazio since joining as a player in 1999, won a Serie A title and three Coppa Italia as a striker before hanging up his boots on 2010. He started coaching in the club's youth team before being promoted to the first team in April 2016.


Inzaghi led Lazio to the Coppa Italia and two Italian Super Cups, as well as leading them to the round 16 their first Champions League big of the season in 13 last year.


Sky Italy reported that Inzaghi reached an oral agreement to extend his contract with Lazio during a meeting with club president Claudio Lotito on Thursday, but then Inter had a change of mind.


“We respect a coach's reconsideration and, previous, a player who over the years has associated his name with the Lazio family and the many successes of the Biancocelesti,” Lazio said in a statement.


Inter will confirm on Friday that Inzaghi has signed a two-year contract worth 4 million euros (around IDR 69 billion) per season, report Sky Italy.