Pioli also doubts that Donnarumma will survive in Milan 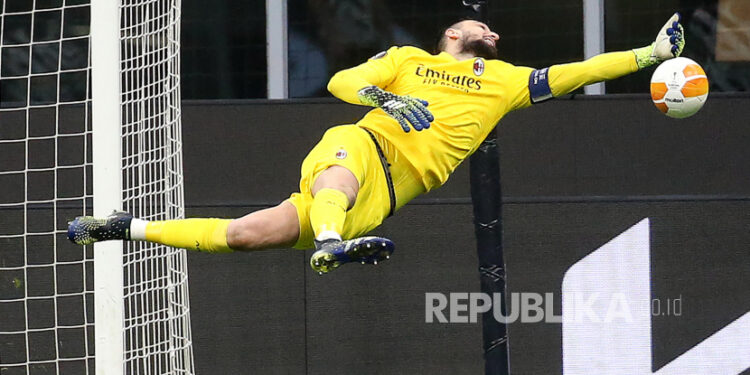 Donnarumma's contract with Milan expires in 30 June 2021 to come.

MILAN — AC Milan coach, Stefano Pioli, sends a signal regarding the continuation of the work of the Italian goalkeeper, Gianluigi Donnarumma, with I Rossoneri. News of Donnarumma's departure from Milan more widely heard after the dead end of negotiations for the extension of the goalkeeper's contract aged 22 that year.


Donnarumma's contract with Milan expires in 30 June 2021 to come. However, until now, there is no agreement between Milan and Donnarumma's agent, Mino Raiola, regarding the contract extension. As a result, Donnarumma also has the potential to leave Milan in the next summer transfer window with the status of a free transfer.


other than that, Donnarumma is also said to have said goodbye to his teammates at Milan, precisely after the match against Atalanta on the final week of Serie A this season, some time ago.


Do not stop there, The news of Donnarumma's departure from Milan in the next summer transfer window has become sharper with the Rossoneri management's move to bring in the Lille goalkeeper, Mike Maignan. Goalkeeper aged 25 that year it was predicted that he would fill the position of main goalkeeper at I Rossoneri.


On the other hand, Donnarumma is also rumored to have found a new club. Is a collector of nine Scudetto titles in 10 last season, Juventus, who intends to bring the dropout from the Milan junior team. I Bianconeri ready to capitalize on the end Donnarumma's contract with Milan by signing him without incurring a transfer fee.


Pioli also admitted that he could not confirm the continuation of Donnarumma's work with Milan. Even, The former Lazio coach revealed, met Donnarumma in person and thanked him for his contribution to I Rossoneri. Pioli also hopes, Donnarumma performed well for Italy in the Euro finals 2020.


”He is an example of a player who upholds professionalism and concentrates fully on performing on the pitch. Then there are negotiations (contract extension). Negotiations can go smoothly, but it can also fail. We have met each other and thank each other. I hope, he can perform optimally in the European Cup,” said Pioli to The Republic, Monday (31/5).