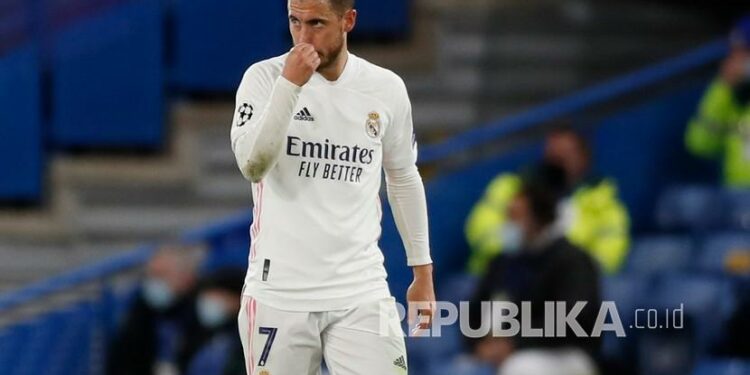 MADRID — Eden Hazard finally spoke up in response to various rumors surrounding his future. Later, he continues to be rumored to be leaving Real Madrid.

Hazard is relaxed about the issue. He doesn't think about leaving Madrid.

“I have three years on the contract left. When I'm in shape 100 percent, I will help the team a lot,” said the captain of the national team (national team) Belgium is to the US quoted from Theathletic.com, Tuesday (1/6).

On 2019 then, Los Blancos signed Hazard from Chelsea. At that time, the white one issued 146,1 million euros.

Hazard wore the number seven shirt left by Cristiano Ronaldo. So far, concerned has not reached the best performance.

Hazard in and out of treatment room. In two seasons, he just scanned in 43 matches and scored five goals.

Voices that are critical of the winger, loud sound. However, Hazard is optimistic that he will return to the positive path.

“I know what I have to do. Now I focus on the Euro, but later I will do great things for Real Madrid,” said this Lille academy dropout.

Hazard was part of the Belgian squad for the European Cup (Euro) 2020. The tournament has been postponed due to the Covid-19 pandemic.

Belgium are in Group B. In the group, Roberto Martinez's polished squad competes with Denmark, Finland, Russia.

The Red Devils fleet is among the first seeds in this competition. One of the favorites becomes the winner.

Join Barca, Aguero: This is a Step Forward in My Career