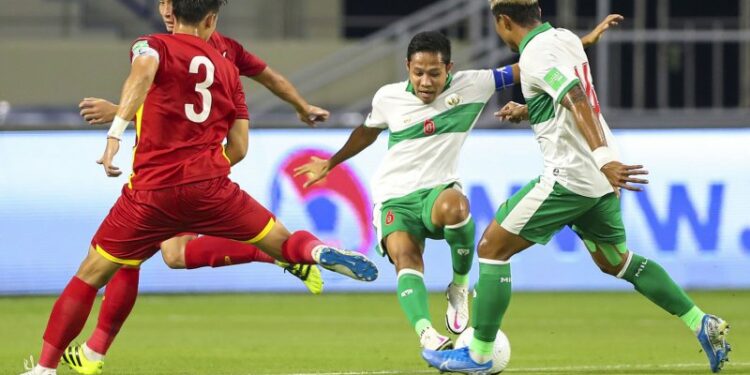 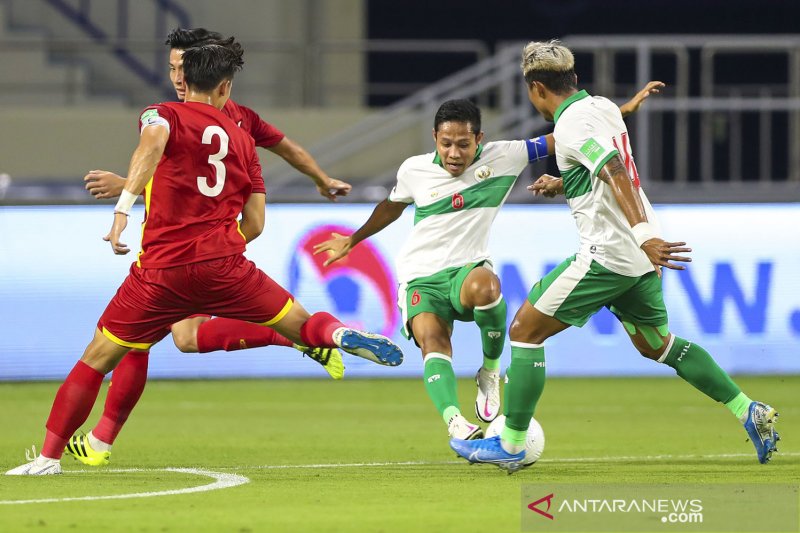 Even if you can't make it to the next round, we will keep working hard

On one side, Garuda squad is aiming for victory or at least a draw for the sake of solace after being beaten by Vietnam 0-4 on Monday (7/6).

The points from the match against the Arabs will be the closing of the World Cup Qualifiers 2022 which ‘is not very bitter’ for Indonesia. How not, Previously, Indonesia only got one point from seven Group G matches.

Read it too: The Indonesian national team will go all out against the UAE

However, on the other hand, It can be said that the Indonesian national team has not yet reached the same level as the UAE. In short, the mission to gain numbers is hard to do.

Added more, Indonesia will compete without being accompanied by head coach Shin Tae-yong on the sidelines and the dressing room because the South Korean tactician has been shown an accumulation of yellow cards..

The UAE national team is the most fertile team in Group G. Of the six matches in Group G, Bert van Marwijk's foster children have been successful 15 goals and only conceded five goals.

This record is inversely proportional to Indonesia, which is the team with the worst conceded goals in Group G. I did 22 Goals nested in Garuda's goal from seven matches.

As for the business of scoring goals, Indonesia is the most 'barren' team’ in Group G for only scoring five goals.

The difference between the two teams' FIFA rankings is also very far. Until Friday (11/6), Indonesia is ranked 173 FIFA and UAE are in 73rd position.

This fairly uneven comparison makes Indonesia even more unseeded when it meets the UAE.

But, Garuda squad refuses to lose before competing.

Read it too: PSSI: Shin Tae-yong banned from playing for the national team against UAE

In the midst of non-technical problems and differences in player quality, The Indonesian national team is determined to go all out when they meet the UAE.

Assistant coach of the Indonesian national team Choi In-cheol said that his foster children were ready to give their all on the field.

“Even if you can't make it to the next round, we will keep working hard. These young players will maximize their performance,” said Choi.

Indonesian National team, the man who is a South Korean citizen continued, already pocketed the UAE weakness which will be exploited in the match.

Although not revealing in detail about tactics and strategy dan, the Indonesian national team seems to be going down with the formation 4-4-2 which became Shin Tae-yong's mainstay.

What will probably change is the first eleven arrangement. Behind, from goalkeeper Nadeo Argawinata to the defender quartet Asnawi Mangkualam, Arif Satria, Rizky Ridho and Pratama Arhan are very likely to be retained.

Substitutions expected in midfield. Rachmat Irianto, who previously played since the early minutes versus Vietnam, potentially replaced by I Kadek Agung. Kadek is one of the goalscorers against Thailand, Thursday (3/6), in a match that ended in a draw 2-2.

other than that, Shin could have returned the line-up to the one against Thailand. Egy Maulana and Witan Sulaeman, proposed against Vietnam, very likely to return to starting eleven, accompany Syahrian Abhimanyu.

In front of, the captain Evan Dimas is difficult to replace because of his vital role. As Evan's partner in attack, Shin should consider replacing Kushedya Yudo with a new name like Saddam Gaffar or Muhammad Rafli.

Indonesia will inevitably play with a defensive mentality if they don't want their defense to be bombarded by the UAE, which often uses a single attacker formation. 4-2-3-1.

Read it too: The Indonesian national team is determined to conquer the United Arab Emirates

Just a reminder, UAE striker Ali Mabkhout is temporarily the second highest-grossing player in World Cup Qualifiers 2022 Asian zone with eight goals. That number is only one difference from the collection of top scorer Takumi Minamino (Japan) who has scored nine goals.

In two UAE matches in Dubai before meeting Indonesia, that is when you beat Malaysia 4-0 and Thailand 3-1, Mabkhout has two goals and an assist for his country.

In Group G, aged player 30 That year, he scored a hat-trick against Indonesia, precisely when the UAE forced the Garuda squad, which at that time was still directed by Simon McMenemy, to swallow defeat 0-5 in October 2019.

In order to reduce the aggressiveness of the UAE attackers, Indonesia must play discipline in all positions. They have to reduce mistakes on the pitch and occasionally look for opportunities to counter-attack.

The Garuda squad should also reduce the number of stomach passes because the UAE players' tall posture can counter them easily.

Even though the quality of the team is superior to Indonesia in almost all aspects, UAE coach Bert van Marwijk realizes that the opponent can be difficult if his squad is caught off guard.

Therefore, the man from the Netherlands who led Feyenoord to win the UEFA Cup this season 2001-2002 it asks the players not to underestimate the opponent.

“We always take our opponents seriously. We prepare with the same hard work for every game. The match against Indonesia will not be easy because they are a good team. We respect them,” Tutur from Marwijk.

The Indonesian national team itself doesn't really need to be discouraged, for example, losing to the UAE.

As stated by midfielder Syahrian Abhimanyu, the most important thing is that all the players take lessons from the match. There's still plenty of time to improve.

“At least, the match will be a good experience for all players,” said the old footballer 22 that year.

Besides, as caretaker of Group G, Indonesia has already sealed a place in the Asian Cup Qualification playoffs 2023. The qualification will be held in September and October 2021.

Whatever will be, keep your head up, Garuda!

Read it too: PSSI asks the coach to evaluate the performance of the national team

Soal Sancho, This is Manchester United's move after Dortmund rejected the offer

Pogba Has Not Received Offer Proposal From MU 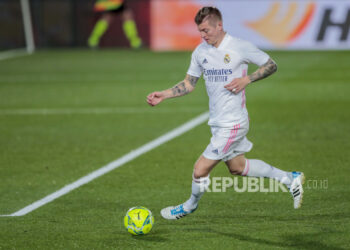