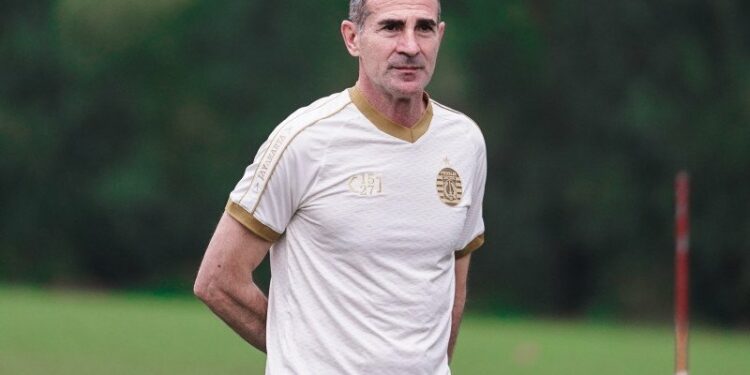 “I want the players to work hard and show commitment in training and playing,” Alessio said, quoted from Persija's official website in Jakarta, Friday (18/6).

In his first practice with Riko Simanjuntak and his friends which started at 16.00 WIB, The Italian tactician provides a physical and tactical menu. At that time, Angelo was accompanied by assistant coach Sudirman.

Angelo Alessio also reiterated his promise to work hard to bring Persija to the league title 1. He then asked the same from his players.

Angelo Alessio is contracted by Persija for one season with the option of an extension to another year 2023.

Old man name 56 that year was quite well known in Europe. He started his coaching level since 1998. However, his name is popular since he became assistant coach of the famous Italian tactician Antonio Conte began 2010.

All that long, Alessio helped Conte lead Juventus to three-time Italian league champions, Chelsea once won the Premier League and once won the FA Cup.