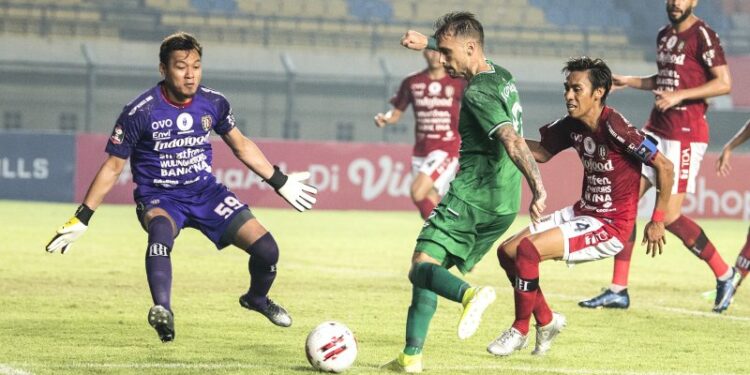 Jakarta () – Bali United will evaluate the results “Java tour” which they have completed with several test matches on the island of Java against a number of teams, namely PSIM Yogyakarta, Exactly Solo, and Barito Putera.

“This Tour de Java is an opportunity for all players to show their quality on the field,” said Bali United physical coach Yogie Nugraha, quoted from the club's official website, Saturday.

Yogie said the coaching team will assess and evaluate the progress of each player in preparation for the AFC Cup and Liga 1 2021.

In the first match against PSIM Yogyakarta, Fadil and friends managed to pick up the victory 2-1 through Rizky Pellu's two headed midfield goals, While one PSIM goal was scored by Aditya Putra Dewa.

In the second match, Bali United had to settle for a draw against PSIM Yogyakarta for the second time with a score of 1-1.

Victory again won by Bali United who excel 2-1 over Persis Solo in the third match “Java tour” at the Manahan Stadium, Solo, Wednesday (16/6).

However, Tridatu soldiers had to lose in the final match against Barito Putera with a score of 0-2 on Friday (18/6).

“First, I apologize for today's match result (yesterday). Second, I thank the players who have worked hard and carried out the tactics directed by the coaching team,” Yogie said.

The ranks of the Bali United coaching team assessed that the Serdadu Tridatu team's game began to develop with various variations despite the defeat.

“Even though the results are not good, but the coaching team is happy because the players can carry out the strategies and tactics given by the team,” he said.

All players in this Tour De Java get playing minutes, except for Haudi who has family matters, Nadeo who just returned from the agenda of the Indonesian national team, and Yabes Roni who is currently recovering from his injury.

The Bali United squad this Saturday has arrived in Bali and the team will be closed, then they will be back in training on Tuesday (22/6) coming with a closed system and strict health protocols.