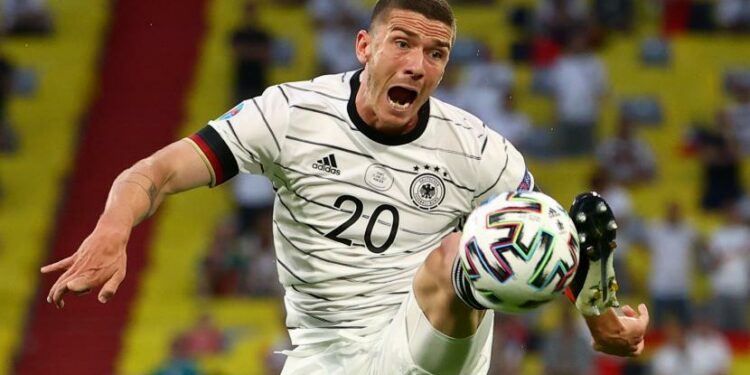 Gosens is at his best for Germany at the Euros 2020.

JAKARTA — Barcelona are reportedly one of the teams that want the services of a defender Atalanta and the national team German Robin Gosens. He is in top form with Germany at the Euros 2020.


Player aged 26 that year has attracted interest from a number of clubs after his actions in Germany's two games at the Euros 2020. Giant The League Barcelona are thought to have contacted their representatives regarding a deal this summer.


In the report Daily Sport, Monday (21/6), Sport 1 claim that Atalanta are open to letting Gosens go for a fee 35 million pounds or more. He still has two years left on his contract at the Italian club. It wouldn't be surprising if Atalanta would pocket a lot of money if they let him go this summer.


Atalanta will likely try to keep him, but won't prevent if Gosens wants to leave. Gosens prints 11 goals in Serie A last season, and scored his fourth goal for Germany against Portugal last weekend.


He thanked Atalanta coach Gian Piero Gasperini for this fine performance. “He has a great influence,” Gosens said after Germany's win over Portugal.


“I'm someone who likes to take part in offensive games and I also have the dynamism and time to score goals like today.”

Alaba Use Number 4, Don't want to be compared to Ramos

Braithwaite decides to stay at Barcelona

Miralem Pjanic Willing to Cut Salary, This is the reason