by Editors
in League 3 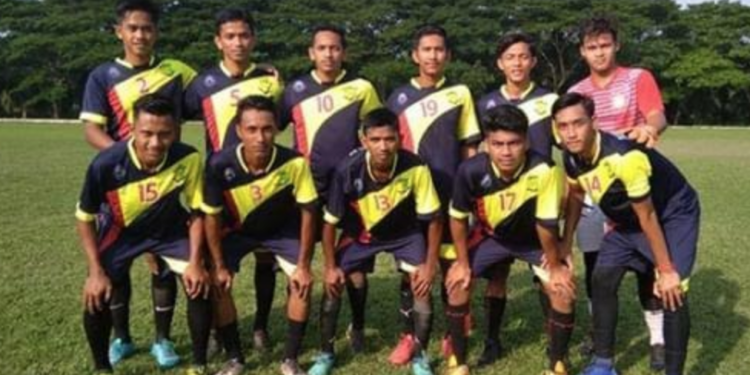 ACEHFOOTBALL.net — Even though the League 3 season 2021 still far, but management Tamiang United FC doesn't want to be lazy. They also began to prepare the team to play in the third tier competition.

The club based in the Musafat Monument Opak . Square, New Coral, Aceh Tamiang continues to prepare, even if you are on a budget. “We don't want football in Aceh Tamiang to die out,said the General Chairman of Tamiang United FC United, Mawardinur, Monday (21/6/2021) as reported by alert.id.

He said, Tamiang United team made preparations coached by M Diah alias Wak Yah and friends. “Despite budget difficulties, As administrators, we want to keep Tamiang United in League 3," said the former referee.

Mentioned, participating in competitions is the dignity and pride of a football club klub. It's really a shame not to enter the competition,"He called.

Dozens of Young Players Participate in the Selection at PSAA Abulyatama

Online Meeting Results, PSSI Plans to Roll Out the League 3

Tamiang United coach, M Diah aka Wak Yah, say, he manages Tamiang United with his colleagues Zul and Adrian. “Tamiang United is home to young, inexperienced players. That's why we continue to be encouraged to practice to be better,He said.

According to Wak Yah, to strengthen team preparation, apart from regular exercise, his team will also hold a number of trial matches with tough teams in North Sumatra and Aceh to add to their competitive experience.

"The point is Tamiang United is ready to compete in the League" 3. We want football in Aceh Tamiang to progress and be able to make achievements in the future,”Said Wak Yah.

Based on editorial notes, Aceh Tamiang club has a famous club, Persati Tamiang. This club has been poor across the competition under Asprov PSSI Aceh in the 90s era.

Ahead of the League 3: Ketum PSBL Langsa Resigned

Six Teams Promoted to the League 2, Aceh Without a Club Next Season

Persidi Idi Failed to Win Promotion Ticket to the League 2, This is the Final Result