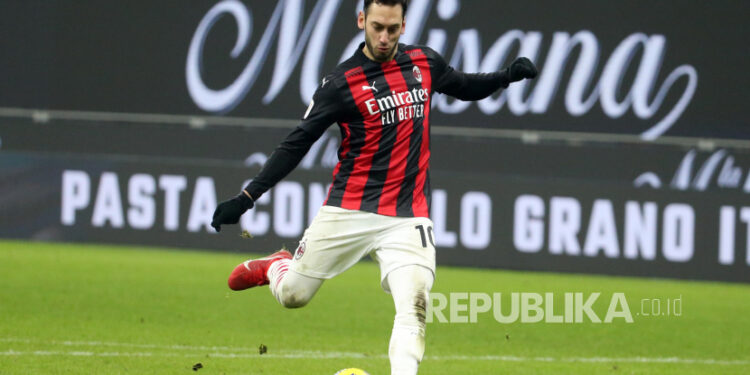 Inter Milan want to sign Calhanoglu as a back-up for Christian Eriksen.

JAKARTA — Hakan Calhanoglu is rumored to be leaving AC Milan and defected to a city rival, Inter Milan, in the transfer market this summer. According to Goal's report on Monday (21/6), The Turkish national team midfielder was brought in Inter Milan as a backing Christian Eriksen.


It is not yet known whether Eriksen is allowed to continue his professional career. Because some time ago, suffered a heart attack while playing for the Danish national team against Finland at the Euros 2020.


Inter want to make sure they don't lack creativity in midfield with the arrival of Calhanoglu. Player aged 27 that year it is reported that he will undergo a medical with Inter on Tuesday (local time). He will join the champion A league as a free transfer player after his contract with AC Milan expired.


He will move after his involvement in the Euro 2020 this summer is over, with Turkey eliminated in the group stage.