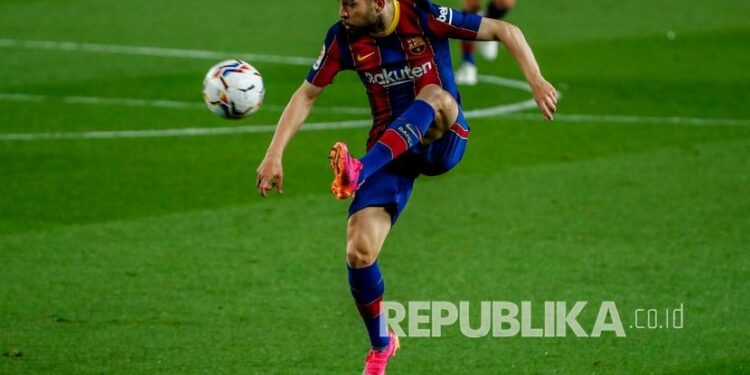 Inter Milan has been the busiest team in the summer transfer market transfer.

JAKARTA — Although Jordi Alba have reached the age 32 year, but left -back Barcelona it's still tempting in the transfer market. According to a report by Mundo Deportivo laporan, Wednesday (23/6), Inter Milan want him this summer.


Inter don't want to wait for the right time when financial conditions improve as they need a left-back to strengthen the left side of their squad. Last summer, Inter are actually trying to buy Junior Firpo from Barcelona, by giving Lautaro Martinez as part of the player exchange. But that wish didn't come true.


Now, club A league that distracted Jordi Alba. With unquestionable quality, Alba will be contracted until 2024.


Barcelona president Joan Laporta has confirmed that he will start a new chapter at the club by stating that apart from Lionel Messi, Marc-Andre ter Stegen and the new signings, there is no guarantee they will survive. Barcelona's economic situation also makes leaving a must.


Alba is currently part of Luis Enrique's team at the Euros 2020, and get ready for the decisive game against Slovakia in La Cartuja, Sevilla. Alba has expressed his desire to retire at Barcelona, but the tax incentives in Italy could tempt him to move to Pizza Country.