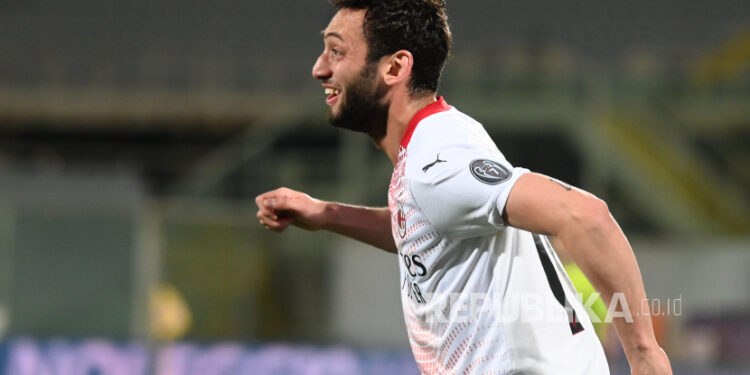 MILAN — Moving Hakan Calhanoglu ke Inter Milan reap protests. Ex AC Milan this is considered disloyal to his team. He is the first player since Antonio Cassano in 2012 that crosses from Milan to Inter.


Calhanoglu moves to the Nerazzurri on a free transfer, and signed a three-year contract. Player aged 27 that year will be paid 5 million euros per year by reigning champions A league the, one million more than Milan's offer.


Former Milan striker, Marco Simone, criticized the move. Simone, who now coaches the Division . club 3 French, Chateauroux, admitted that he was not impressed with the Turkey international's move. It also assumes a salary of 5 million euros per year is too big for Calhanoglu.


“I have no burden to say what I think. I'm a professional coach and I shouldn't be talking about this, but I won't offer him a salary 300 thousand euros after tax, maybe i will offer 300 thousand euros before tax,” kata simone, quoted from Football Italia, Wednesday (23/6).


Simone scored 75 deep goals 206 match with Milan in the 90s. He also defended Paris Saint-Germain. While in Paris, Simone scored 32 goals from 80 competition.